ASUU Extends Strike By One Month As… 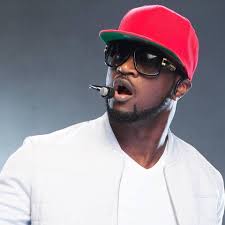 Peter Okoye a.k.a Mr. P is a household name in the music industry. For many years, the music band “P-Square” had a lot of memorable super hits and devoted fans. Then, the good times were over for this group  they went their own separate ways. You probably know that P-Square consisted of two identical twin brothers, whose names were Peter and Paul Okoye. Throughout their entire career, many people just accepted them as a whole. However, like any other twins, Peter and Paul are different people with their own goals and desires.

Peter Okoye, who is also known under the stage name Mr.P, was born on November 18th, 1981 in the cith of Jos, Plateau state even though his family originates from Ifite-dunu in Anambra State.

Peter and his twin brother Paul attended the St.Murrumba secondary school in Jos where they discovered their passion for music and stage.

They joined the local music and drama club, and they enjoyed their time there. Usually, they had to sing, dance, and mimic different songs by Michael Jackson (who has always been the biggest inspiration for them), Bobby Brown, and MC Hammer. The brothers and their school friends formed the a-cappella quartet together, which they called “MMMPP” after the first letters of the members’ names. The boys were mostly inspired by their number one idol, Michael Jackson.

They were performing lively songs and break-dancing to them. Eventually, they formed a dancing and singing group, called “Smooth Criminals”.

Read Also: Biography Of ‘Mr. Raw’ One Of The Pioneers Of Igbo Rap

As for “MMMPP”, when one of the members, M-Clef, left the band, the name was changed to “MMPP”. Still, Peter and Paul and their group become very popular in Jos thanks to their large artistic talent and complicated dancing routines.

They were often invited to perform at the school events and many other occasions. Inspired by such a huge success, Peter and Paul went to the music school to learn to play multiple music instruments – drums, keyboard, rhythm guitar, and bass. Since the boys were naturally gifted, there were no difficulties.

Aside for being incredible dancers, they have also become great musicians. Peter Okoye worked together with his brother Paul at the multiple movie soundtracks, such as “Mama Sunday”, “Tobi”, “Evas River”, and “Moment of Bitterness”.

For some reason, Peter and Paul did not go to study music in the university. They studied Business Administration at University of Abuja in 1999.

Their band, “Smooth Criminals”, was disbanded because the members also left for different universities across the country.

However, the brothers decided to form their own music band, with only two of them. At first, Peter and Paul went through many different name options – “P&P”, “Double P”, and “Da Pees”. Eventually, they settled on the name “P-Square”.

The brothers found themselves a manager Bayo Odusami, also known as Howie T. He was a well-known concert promoter and CEO of Adrot Nigeria Ltd. Under his management, the brothers went on to participate in different competitions and demonstrated their talent to the wide Nigerian public.

2001 was the event-packed year for Peter and Paul. This was when their band won the competition “Grab Da Mic”, which earned them sponsorship of their debut album from Benson & Hughes.

Their first album had the title “Last Nite” and was released under the Timbuk2 music label. The brothers were nominated for “Most Promising African Group” at the Kora Awards, only three months after their debut album was released. Eventually, they won the Amen Award for the “Best R&B Group” in 2003.

In 2005, the second album “Get Squared” was released – this time under their own label, called “Square Records”. This album was a huge sensation which was sold all over Nigeria. The first video for this album was number one at the MTV Base chart for four consecutive weeks.

Read Also: Biography Of One Of Igbo Best Rapper ‘Phyno’

Throughout their career, the brothers managed to cooperate with many notable artists, such as Ginuwine, Akon, and Sean Paul. In 2007, they have announced the release of their album “Game Over”, which has become their best-selling album ever. It sold a total of eight million copies worldwide.

Two years later, in 2009, they released yet another studio album, called “Danger”. There are a lot of collaborations on this album with other popular Nigerian artists, for instance, 2Face Idibia, Frenzy, and J Martins.

The critics described their first single “Danger” as a dancing hip-hop song, which also has a lot of cutting synthes along with the strong baseline. The twins Peter and Paul are also well-known for their strong resemblance to the R&B star from the United States, Usher Raymond. In 2010, Peter and Paul’s group “P-Square” was named the “Artist of the Year” at the Kora Awards in Burkina Faso. They could not be present at the ceremony because they were giving a concert in London, but they received a bonus of $1 dollars for their victory.

2013 was marked as a year when Peter and Paul have released the compilation of their greatest hits on a separate CD.

In 2014, the twins released the track together with the famous American singer T.I., called “EjeAjo”. This track was co-written and produced by VTEK. The video for “EjeAjo” came out on August 29th the same year, releasing on major TV stations, web blogs, and radio stations.

2014 was a very productive year for the twins – aside their track with T.I., they also confirmed the release of their sixth studio album, which they decided to name “Double Trouble”.

A year afterwards, in 2015, P-Square received two expensive Range Rover SUVs from the Globacom as Glo ambassadors and sponsoring the “Dance with Peter” programme.

Although the Okoye brothers have always seemed very close to each other (they even bought luxurious mansions in Atlanta right next to each other!), in fact, they have had their fair share of creative differences, which later resulted into issues that could not be discussed peacefully.

The twins had a disagreement in 2016, and originally it was over their manager’s role, who is coincidentally their family member – their older brother, Jude Okoye.

At first, the twins resolved the problem and even released some of their new songs, but later their misunderstanding become worse, and it became clear that the reconciliation would not last long.

Now, no one knows if Peter and Paul have fully resolved their problems, but it is clear that they are not performing together anymore, and the legendary duo “P-Square” no longer exists.

Still, both brothers managed to kick off their own careers – Peter now performs under the name Mr.P, while Paul is known as Rudeboy.

Many fans did not appreciate them making their family feud so public, and thought that it is just a staged thing to attract more attention. But still, they have managed to preserve some of their original fans, who now support them with their solo careers.

Peter Okoye has gained a few profitable endorsement deals since he went solo. For instance, he got a lucrative deal with the German famous sportswear company, Adidas.

Another deal of his that now brings him extra money is the dairy company “Olympic Milk”.
Once again, he started his own dancing show “Glo Dance with Peter”. He also became a brand ambassador for the KIA Motors Nigeria company, which also turned out to be very profitable for him .

Except that, he lately signed the partnership deal with the American distribution company “Empire”, as well as the record label which is based in San Francisco, California.

In general, Peter Okoye has been doing more successfully than his brother so far in his solo career. He even has more followers on social media accounts.

No matter what happened between the brothers, we are hoping that if they will not come back as a music group, they will at least be able to resolve their family misunderstandings and become close again.

Perhaps they need a break from each other, but we hope it will not last forever
Peter Okoye is married to Titilola Loretta Omotayo and amazing children whom he treasures a lot.

Before getting married, they have been dating for seven years. Peter says that Lola was there for him during his lowest moments. He puts her and their family above everything.

Lola is a marketing representative. Her father is from Nigeria, while her mother is from Russia. However, she was born in Nigeria.

The beautiful traditional wedding of Peter and Lola was one of the most discussed events in 2013 which took place on a Sunday, November 17th, 2013.

The couple chose Ark Event Centre in Lekki, Lagos, for their most special day. The most famous celebrities, athletes and business people, like Genevieve Nnaji, Don Jazzy, Dr SID, Kate Henshaw, Emmanuel Adebayor, Aliko Dangote, Folorunsho Alakija, Rukky Sanda, Toke Makinwa, and many others were guests at their wedding.

Apparently, Peter Okoye does not blame her for all the drama at all, and she is still the most important person in the world to him. He even chose her over his own twin brother when Paul reportedly started insulting his family.

The drama in the Okoye family was surely huge, but it seems like in the end, they all wanted good for the joint purpose – promoting P-Square.

Peter and Lola have two amazing children, a boy and a girl. Cameron and Aliona Okoye.
Peter often spends time with his little ones when he is off work. The superstar also likes going on bike rides with his children and taking pictures of them wearing the colorful outfits.

It looks like his oldest son, Cameron, is a big fan of football and outdoor games. He even became a top scorer in his football academy. Apart from that, he is a young music enthusiast who is learning to play the piano.

As for his younger daughter, Aliona, she is clearly daddy’s girl who loves getting attention from her famous father. Peter’s kids are absolutely adorable, and they are his everyday bundles of joy.

The Giant Pythons (Eke) Of Ihiala In Anambra State

‘Ex-Girlfriend’ Of BBNaija Housemate, Sheggz Calls Him Out Over Alleged Domestic Violence

Victor NdubuisiJuly 26, 2022
Another great offer for you

Actors/Actresses, Skit Makers Set To Be Arrested By Police Over Use Of...

IPOB Asks Igbo Leaders To Avoid SouthEast If They Fail To Bring...