Biography Of One Of Igbo Best Rapper ‘Phyno’ 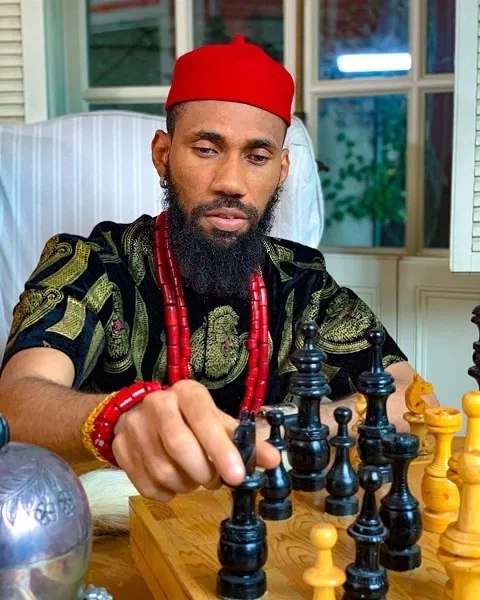 Share0
Join AnaedoOnline Telegram
Phyno is arguably One of the best ingenious rapper, a singer, song writer, and a recording producer currently in Nigeria. His consistency in the industry has contributed in no small measure in placing him were he is now.
His full name is Azubuike Chibuzo Nelson, well known by his stage name Phyno, was born 9 October 1986 in Enugu State as the fourth of five children.  Although, his parents hail from Anambra state, he was breed in the cool city.
The name Phyno was a nickname given to him by one of his high school friends, Emeka, which was derived from the word “Phenomenal”,

According to him, ‘I have always wanted to be a pilot, but my parent wanted me be a doctor’ but i finally studied Public administration at the institute of Management and Technology in Enugu’.
After then, Phyno moved to Lagos to further promote his music career.

Phyno started his musical career in 2003, and has worked with big artists like Timaya, Ruggedman, Flavor, J.Martins, Bracket and Mr Raw and many others

Phyno came to limelight in 2012, after releasing a single song made with impressive rap, ‘Ghost Mode’ featuring Olamide.

In 2013, He was nominated for Man of the Year. Today, Phyno is one of the famous indigenous rappers in Nigeria.

He album ‘No Guts No Glory’ was released in 2014, which contain the singles “Man Of The Year” “Ghost Mode”, “Parcel” and “O set”
Advertisement

Phyno developed interest in Music Production in secondary school. Then, he started learning how to play piano, drums and how to create his own rendition of every recording he comes across.

Phyno started profiting from music from his second year in the institute. In 2010, after school, he started rapping and then relocated to Lagos to pursue his career.

Phyno is a star musician to be reckoned with when it comes to indigenous music. He does his rap in Igbo language and Nigerian Pidgin

Phyno is the founder and CEO of Penthauze Music, a record label based in Nigeria. At first, he started his career with Sputnet records and after some time, he began Penthauze. The label became active in 2008 and has gone on to sign several artists: Run town (left in 2013), Shuga Boi and Flipside (came in 2011), and Storm Rex as the sole female Act’ in 2014.

Ghost Mode became Phyno’s first single from his debut studio album. It was released on Oct. 25, 2012 featuring Olamide. The Video which was released on Dec. 7, 2012, was directed by Clarence Peters. The video has lots of views on You Tube, and it won the 2012 Headies Awards for Best Collaboration.

Additionally, Ghost Mode was followed by another Hit, Man of the Year (Obago) which was released on March 23, 2013 featuring Illbliss under the Sputnet Records. The video was shot by Clarence Peters in Abakpa, and released to YouTube on Aug 20, 2013. It won the best rap single award at Headies 2012, but was banned from broadcast by Nigerian Broadcasting Commission in September, 2013. These were the songs that brought Phyno into Limelight.

Phyno released his debut studio album under Sputnet Records and Penthauze Music label on March 20. 2014. The album incorporates afrobeat, rap and highlife and it was recorded in Igbo and Nigerian pidgin. Some of the guest featured in the album include P-Square, Olamide, Ice Prince, Omawunmi, Timaya, etc.

The album was commended for its indigenous and lyrical depth. Phyno produced the song with Major Bangz, Wizzy Pro, Chopsticx and JStunt. It was nominated for the City People Entertainment Awards and the The Headies in 2014.

Phyno collaborated with Olamide and they released a studio album 2Kings on April 1, 2015. It was released on Cloud 9 and ITunes store by Penthauze Music and YBNL Nation which had Producers and guest Artists featured in the album such as Wizkid, Pheelz, B-Banks, Storm Rex, Young John, Major Bangs and Lil Kesh. The album singles are Une (2015) and Confam Ni (2015).

The Play Maker was described as the best thing recorded in the music industry that year by Tooxclusve, a music site. The album singles include Pino Pino (2016), Fada fada ft Olamide (2016), and E sure for me (2016).

In 2015, he shacked the industry with tracks like Carry me go ft Storm Rex, For my city, real Niga, God Be With Us, Ladi ft Lil Kesh, Nobody’s Fault, Koba Koba, and Cypher.

His tracks in 2017 includes Zamo Zamo, If to say, Mmili and Link Up ft M.I & Olamide

The indigenous rapper’s net worth is about $10 million USD in early 2019. This analysis was based on his properties, endorsement deal, sales of album and shows. He is said to own a duplex in Chevy View Estate, Lekki, Lagos worth about 160 million Naira and a Bentley GT Coupe of N30 million.

Phyno has been nominated for several awards and he has successfully won five. They are:

Coronavirus: See Number Of People Killed By Coronavirus In A Day In Italy

Party Screening: Conditions For Disqualification Of Aspirants By APC Revealed