Actress Destiny Etiko has gained popularity as one of the curviest actresses in Nollywood. However, the actress says that her curves didn’t give her any special privilege in the competitive industry.

Speaking on how she became a house hold name in the entertainment scene, Destiny Etiko revealed that determination, hardwork, consistency amongst others made her who is is.

Speaking with Newsmen, Etiko said ‘’having a nice shape was not what made me popular, whether you’re sexy or not you must have content. 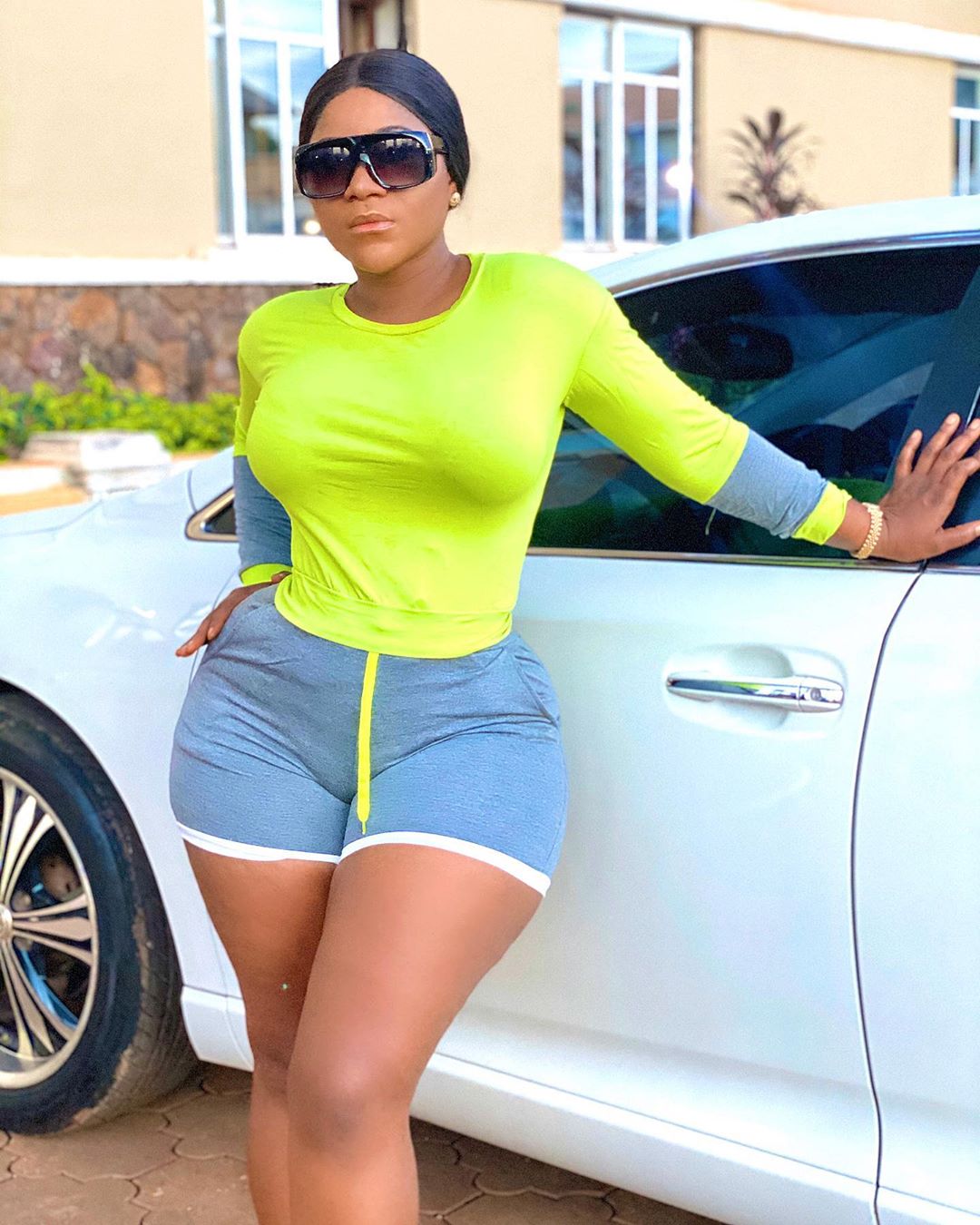 You can’t be a star by being beautiful or fair or voluptuous. Sexiness and beauty can only make people like you but it won’t keep you there for long.

’My ‘sexiness’ didn’t give me any special privilege, although it’s an added advantage. Another thing that helped me is that I carry grace. When you have the grace to make it, no one can stop you.

When you look around, there are some actors and actresses that are not fine but there is something about them that makes them successful.’’

Speaking about the recent death of her father and her close relationship with veteran actor, Pete Edochie, Etiko said ‘’ I’m not related to Pete Edochie but he’s like a father to me. He shows me much fatherly love.

I was told that he had not gone out since the COVID- 19 pandemic but when I told him that I had lost my father, he came to sympathise with me.”

Toyin Lawani Set To Remove Her Womb, See Why

BigBrother Cameroon: Nigerians Mock Cameroonians As Photos Of Their Own BigBrother Show Emerges

Burna Boy’s New Album To Be Produced By Diddy