Compared with Liverpool, it’s been a disappointing season for Man City. Sure, they won the Carabao Cup and could still secure further silverware as they remain in the FA Cup and Champions League, but the league has been Liverpool’s since matchday one. 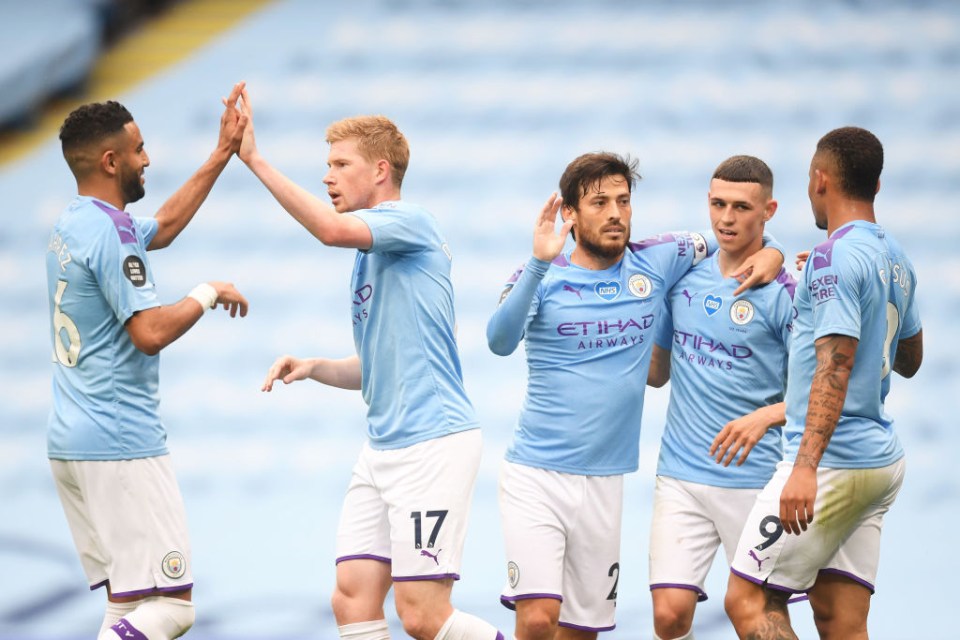 Jurgen Klopp’s side dominated throughout, and are looking set to finish the season a good 20 points clear of City.

It is not all bad for City, however.

While they’ve not managed to remain consistent throughout the season, they have put in some spectacular performances in one-off matches during the campaign.

Wednesday’s 5-0 defeat of Newcastle was one such performance.

Pep Guardiola’s side dominated at the Etihad, easing their way to an impressive victory which really should have been crowned by a further three or four goals.

As it was, they netted only five times.

Gabriel Jesus opened the scoring ten minutes in, with Riyad Mahrez also striking before half-time. David Silva added the fourth shortly after Federico Fernandez’ own goal 13 minutes into the second period, with Raheem Sterling completing the rout in the dying stages.

In scoring these goals during their superb performance, City wrote themselves into the history books (again).

Mahrez’s strike was the all-important one, as it moved him on to ten Premier League goals for the season, joining Sergio Aguero (16), Raheem Sterling (14), Kevin De Bruyne (11) and Gabriel Jesus (11) in having netted at least ten goals this term.

This means a remarkable five City players have hit double figures for league goals in 2019/20, and they are the first team to ever achieve this feat in the Premier League era.

The last English team to manage such an achievement were Everton, all the way back in 1984/85 when the Toffees beat their local rivals Liverpool to the old First Division title.

There may be no Premier League crown this season, but making top-flight history and equalling a 35-year-old record is still pretty great.