by AnaedoOnline
in Education
0

As the federal authorities ease travel restrictions, schools partially re-open soon, airlines begin operations tomorrow, duty bearers at various levels should be more resourceful in managing various activities as user fatigue seems to have set in after many months of observing COVID-19 restriction rules and regulation. Reason: the battle against the pandemic hasn’t been won even in global context. 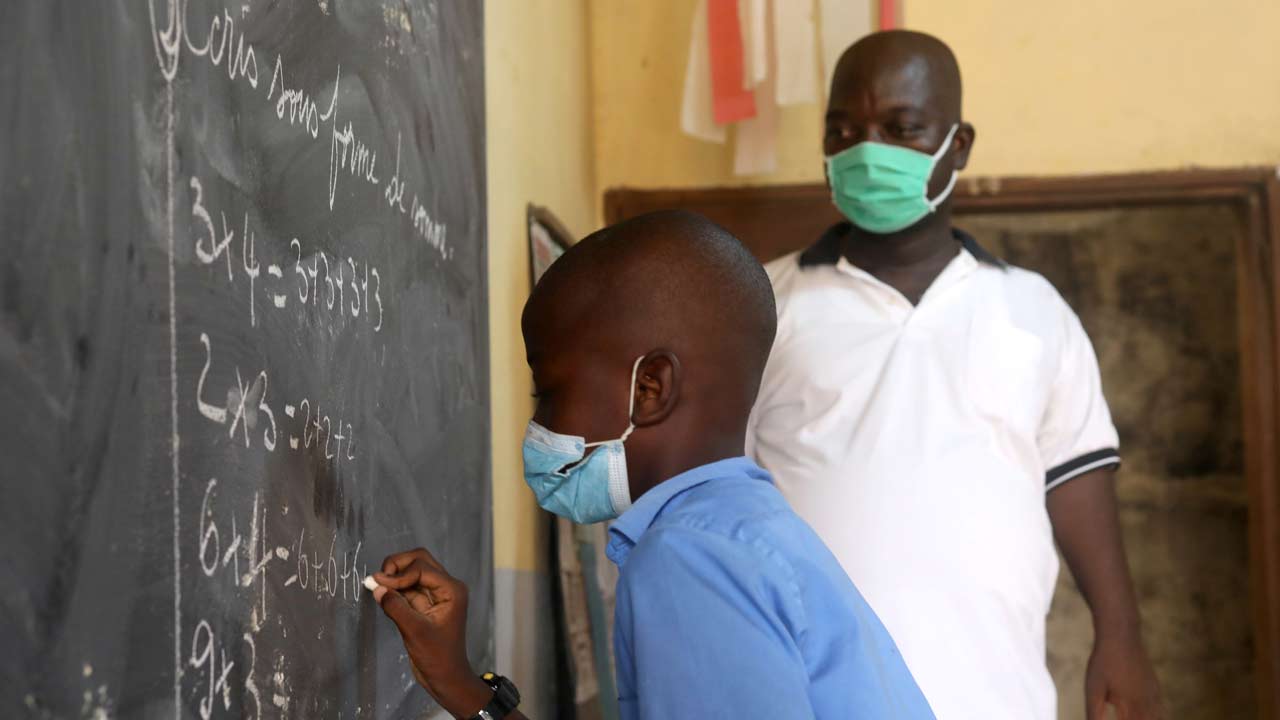 In response to the increasing number of COVID-19 cases, on March 29, 2020 President Muhammadu Buhari imposed a restriction order on Lagos and Ogun states and the Federal Capital Territory (FCT) for an initial period of 14 days.

As the Nigeria Centre for Disease Control (NCDC) monitored the graphs of infections in the country, the government began to take steps ostensibly to stem the surge of the virus and reduce fatalities.

In April, the state governors agreed to a ban on interstate movements for two weeks to curb the spread of the deadly virus. On April 27, the Federal Government placed a ban ‘‘on non-essential inter-state passenger travels until further notice’’ along with other measures designed to curb a spread of the virus.

Such pronouncements as a mandatory use of face masks or coverings in public, social distancing, restrictions on social and religious gatherings were made.

Most states observed a lockdown in different degrees, which kept people at home for weeks, resulting in a rise in anti-social behaviour.

Also, religious worship centres have been opened in some states. Lagos State has retained a ban on churches and mosques resuming worship. After two odd months, the Federal Government the other week lifted the ban on interstate movements effective July 1.

The government also directed that graduating students should resume school to prevent inertia in the educational system. This, against the background of increasing community infections and fatalities.

Why did the interstate lockdown fail? Is the government guilty of herd mentality, following measures which other nations put in place which may not necessarily be suitable in our circumstances?

Are we doing enough testing? Why has there been a shortage of testing facilities? Are these figures being pushed into the public domain reliable? Are schools prepared for a reopening? What has been the effect of the interstate lockdown on business and the transport sector?

Did the government make provisions for palliatives or incentives for the airlines that had been grounded since the closure? Why is the perception out there that the federal and state governments are concocting figures to attract funding?

There have been mixed reactions to easing restrictions in the country. Apart some other stakeholders, the Academic Staff Union of Universities (ASUU) and other teachers’ unions have expressed concern over safety of returning students.

This is because community infections have continued to rise. Have there been adequate measures put in place to deal with easing up the polity?

By July 6, 28, 711 confirmed cases and 645 deaths were recorded. With only 15 accredited laboratories carrying out 2500 tests per day in a country that has an estimated population of 200 million people, this is abysmal.

Some states do not have testing centres nearly four months after the outbreak of the virus. Two serving state governors and their spouses, a former governor and a couple of highly placed government officials have either been affected by the virus or have succumbed to its fatal pangs.

Ordinary folks who get infected are virtually left to their own devices. The word out there is that it is safer not to be infected than rely on health facilities for help.

Yet, the governments at different levels have not done enough to build the confidence of the people in the serious situation, which confronts the nation. The interstate movement ban was a hoax because people moved freely with the criminal support of security men who were obliged to enforce compliance.

The exercise became an avenue to extort motorists. Large numbers of Fulani herdsmen found their way across state borders and have constituted themselves into a local authority in some communities.

Also, most states have not enforced use of face masks because of lack of will. Some elected officials continue to send a wrong signal to the people by not wearing masks. The president too has not been helpful in this matter: he doesn’t wear mask. Social distancing, which ought to appeal to common sense is treated with disdain.

In high density areas, governments have not come up with a policy that could help reduce rates of infections. For, as we know, the pattern of social and cultural interactions where ordinary folks live make social distancing a huge challenge.

What alternatives are we putting forward to save lives? The truth is that we are setting the stage for a massive spread of community infections.

Across the land, there is still skepticism on the part of some about COVID-19. They blindly argue that the pandemic is a ruse by state officials to loot the treasury. Advocacy and enlightenment programmes have not achieved desired objectives.

Government must go back to the drawing board. The experts have warned that we are in for a long haul. So, while it is good to open the economy by easing restrictions on movements, proper protocols should be developed and enforced with the backing of the law. Internal flights are due to resume shortly.

Are there enough checks to ensure that passengers do not infect fellow travellers? Whereas the European Union (EU) is lifting flight restrictions into that continent, Nigerians nationals are still not allowed to enter Europe.

The word is that we are yet to put our house in order. Marketplaces, for example, are a potential source of mass infections.

Yet, we must give thanks that the doom predicted to happen in Africa has remained mere conjecture. We have not recorded as many fatalities or infections as WHO projected. We do hope that this is indeed the case.

We hope that enough reportage is being done to reflect state of things on the ground. There ought to be more testing activities in all the states and the FCT. COVID-19 is real. We are dealing with an unseen enemy. That ought to be the message.

Also, some families still feel stigmatised when their loved ones die of COVID-19. On May 24 this year, New York Times published 1000 names of COVID-19 d**d victims to draw attention to the scourge and as a memorial.

Yet, some still believe that to die after contracting the virus is shameful. There is still ignorance and fear in hospitals across the country.

They tend to reject patients who show distress symptoms related to COVID-19 because most lack Personal Protection Equipment (PPE). Too many people have died waiting for medical attention even in the teaching hospitals.

Finally, as schools partially re-open soon, examination bodies mobilise candidates and airlines re-open for local flights tomorrow, we call on the federal and state governments to be more proactive on COVID-19 by establishing more testing centres, creating enough awareness through advocacy and personal examples, enforcing social distancing rules, washing of hands, and all other protocols determined by NCDC.

Delta Govt: Why We Named A University After Dennis Osadebe