Chelsea kept up their push for a top-four finish in the Premier League and Champions League football next season with a 3-2 victory at London rivals Crystal Palace on Tuesday thanks to goals from Olivier Giroud, Christian Pulisic and Tammy Abraham. Frank Lampard’s Chelsea side went ahead in the seventh minute when former Blues defender Gary Cahill pulled up with an injury, giving Willian all the time he needed to cut the ball back for an easy finish by French striker Olivier Giroud.

The visitors doubled their lead 20 minutes later as Willian fed Pulisic on the edge of the box and the American shrugged off his marker Joel Ward to fire a fierce angled shot past goalkeeper Vicente Guaita.

Chelsea looked in complete control and only a fine save by Guaita prevented Willian from adding a third goal after Pulisic burst through the Palace lines. 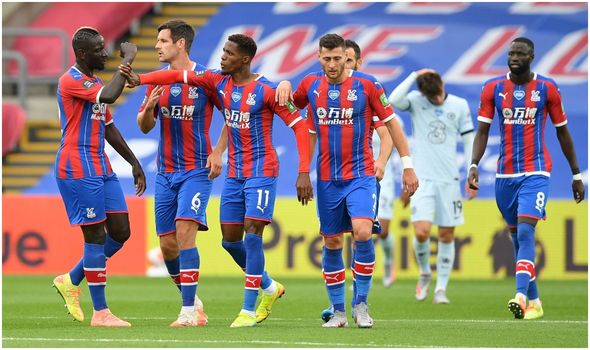 But the visitors, who threw away a lead to lose another London derby at West Ham United last week, allowed Palace back into the game in the 34th minute when defender Reece James misplaced a pass and Wilfred Zaha fired a powerful shot past surprised keeper Kepa Arrizabalaga.

In the 71st minute, substitute Tammy Abraham seemed to have wrapped up the win for Chelsea when he fired a low shot in off the post after being set up by Ruben Loftus-Cheek. But Palace hit back within a minute when Patrick Van Aanholt got to the byline and squared for Christian Benteke to tap the ball in.

Palace defender Scott Dann hit the post in added time as Palace pushed for an equaliser and only a last-ditch tackle by Kurt Zouma denied Benteke.