Sheffield United ended a run of four consecutive defeats as they produced a clinical display to sink a terrible Tottenham 3-1 on Thursday evening. 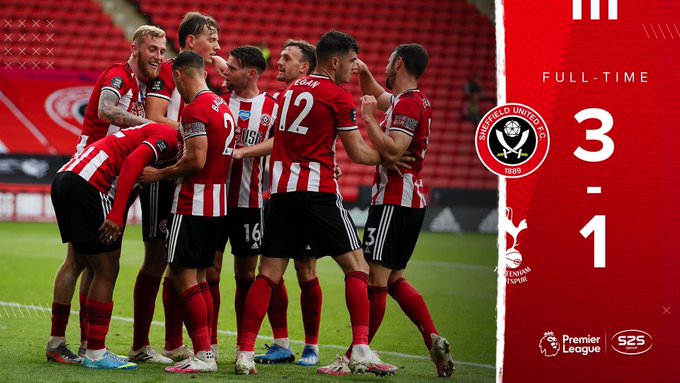 The game sparked into life just after the half-hour mark when patient play from the Blades saw Chris Basham reach the byline and produce a neat pull back to Sander Berge, who took a touch before firing past Hugo Lloris into the bottom corner.

Spurs thought they had restored parity almost immediately, only for Harry Kane to see his strike chalked off by VAR after Lucas Moura inadvertently handled the ball in the build-up.

In much the same way as the first half, the second began with Spurs pressing, yet the away side had the wind taken out of their sails by another clinical Blades counter. More clever play in the wide areas saw Enda Stevens cut the ball back to Lys Mousset, who had the simple job of tapping into an empty net.

The game was ended as a contest as yet more torrid Spurs defending allowed Berge to steal in and square for Oli McBurnie to put the result beyond doubt. A late Kane consolation did little to raise spirits on the Spurs bench as Mourinho’s men were soundly beaten on the night. 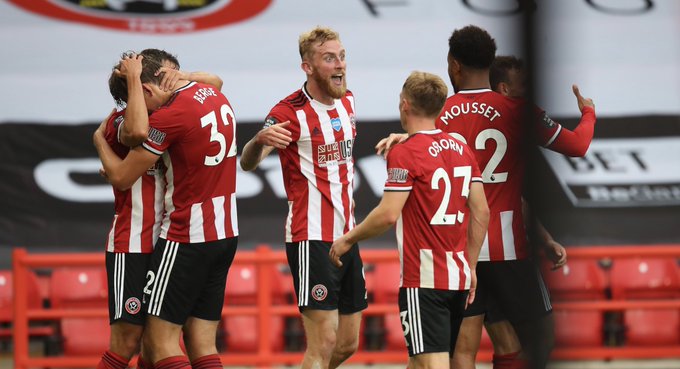 Chris Wilder was forced to field an under-strength side, with John Fleck, John Lundstram and Jack O’Connell all missing through injury.

However, despite only being able to name seven substitutes out of a possible nine, the spirit and unity which has steered Sheffield United into the top half of the table was still clear to see.

With their Premier League status already secured for another season and European football beginning to look a distant dream, it would have been easy for a depleted Blades side to feel sorry for themselves against one of the so called ‘big boys’ of English football.

But their approach to the game encapsulated the mentality Wilder has instilled in them.

Despite their opposition boasting a far more talented crop on paper, Sheffield United produced a team display which will have no doubt brought Wilder far more comfort than any individual masterclass, fighting for every ball and proving they’re far from done with their first season back in the top flight.