In recent times and with the technological innovation that brought about the internet, smart phones and devices into Nigeria, youths have taken to the illict trade otherwise known as internet scam popularly known as Yahoo Yahoo.

Thus, cybercrime continues to gain popularity despite the efforts of the Economic and Financial Crimes Commission (EFCC) and other law enforcement agencies.

The youth, who engage in the illegal trade, become rich overnight and this is most common among unemployed graduates and under graduates.

After a seemingly endless search for white collar jobs, they become fed up and cease seeking legal means of livelihood.

Hence, they resort to swindling people through the internet. Labour does not seem to have dignity anymore. That there is a lack of employment opportunities does not warrant engaging in cyber-fraud.

They see fraud as a way of surviving. They purchase expensive cars, houses, jewelry and are often more highly respected than those with legal jobs, hence others join them because of their get-rich-quick mentality and love of filthy lucre.

Hardworking youths are being scorned because they cannot compete with those who have taken to fraud.

The rich ones among them are seen as role models by others who fancy their life styles and want to emulate them.

Many youths after getting admission into various higher institutions of learning, often forget their main aim and are being carried away by the life styles of the scammers and join them without realising what the future has in store for them.

It is not difficult to identify Yahoo Boys on campus. Their mode of dressing is a crucial factor in identifying them. They are often spiffy dressers, they live big on campus , live in the most expensive houses or even estate and attend lectures at their convenient time; ride expense cars.

They often move in groups and flaunt their ill-gotten wealth. While some of their parents are aware and even support them, most parents don’t know how their wards are faring.

Once they drop out of school because of their lack of commitment, they face the ‘business’ and recruit apprentices to groom them and expand their network. They go to the extreme by seeking spiritual help to enhance their trade in what is tagged Yahoo Plus. 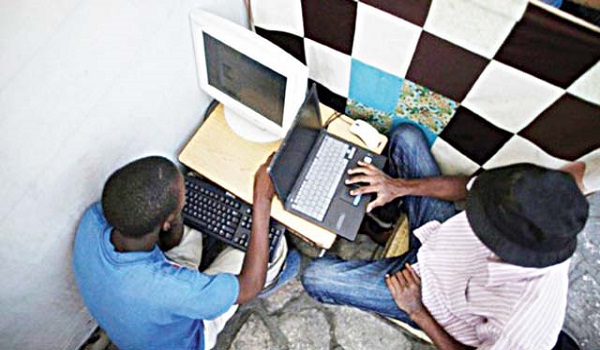 Sadly, they also go as far as using their body parts, their partners’ or family members all in their quest to be rich.

It is most unfortunate that many Nigerian youths think that the only way to be financially independent and successful is to swindle rich people,who are mostly foreigners.

They believe they are ‘collecting their fore fathers money from the whites’. Therefore,they drag the name of the country into the mud.

EXCLUSIVE: TSTV- Another DSTV Competitor Struggles to Survive in Nigeria