As Prof Esimone Hits The Ground Running In UNIZIK

After a short and decisive conference meeting featuring Italian sports minister Vincenzo Spadafora, the Lega Serie A and Italian Football Federation presidents, and representatives from the Players’ Association and the Association of Italian Sports Medics, a decision to resume the top-flight in Italy was taken. 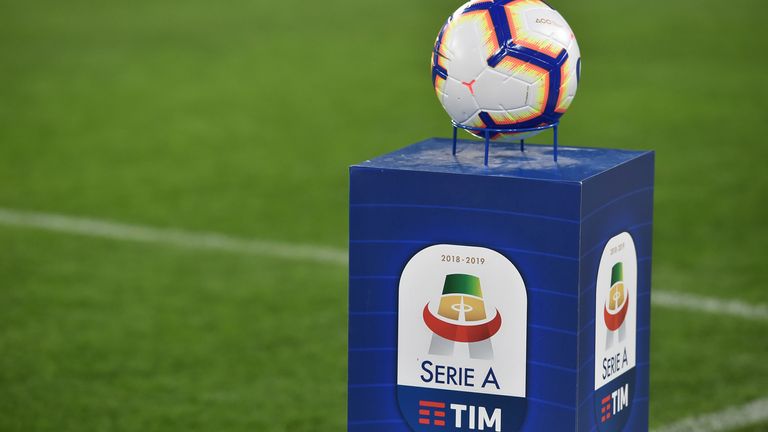 Serie A will resume on June 20 after the Italian government gave its approval on Thursday.

Serie A was the first of Europe’s major leagues to be affected by the coronavirus pandemic, with games postponed and played behind closed doors before the league was halted completely.

The Italian Football Federation will decide on the time frames for Serie A games but it is expected that teams will play every three days across three different time slots: at 5pm, 7.15pm, and 9.30pm (Italian time).

Earlier on Thursday, the Italian government’s technical-scientific committee approved a revised medical protocol to stage Serie A games, giving the all-clear for the league to restart.

“It was a very useful meeting and, as we had said from the start, football was always going to resume when we had the conditions to ensure safety and the committee gave the go-ahead to the protocol,” said Spadafora.

“Italy is getting back on track and it is only fair that football should too. The committee agreed with the protocol, but confirmed the absolute necessity for a quarantine period if a player tests positive.

“We also received guarantees the process of player testing will not affect or detract from the general population’s access to testing in any way.”

However, a major sticking point in the protocol includes a rule which will force Serie A clubs to put their whole team and staff on a two-week quarantine period should any person from the group test positive for COVID-19.

Lega Serie A has called a meeting for Friday morning to discuss the calendar but it is expected that on June 20, Serie A will restart from its four outstanding games remaining from matchweek 25, which are Atalanta vs Sassuolo, Inter vs Sampdoria, Torino vs Parma, and Verona vs Cagliari.

It has also been decided that the two Coppa Italia semi-final return legs – Juventus vs AC Milan and Napoli vs Inter Milan – will be played on June 13, with the final taking place on June 17.

However, for Coppa Italia games to take place on that date, Italian prime minister Giuseppe Conte needs to sign a special decree giving an exception to the previous decree which banned professional sporting events until June 14.

Spadafora says should Serie A not be able to play out its remaining fixtures, it would resort to introducing a play-off stage or freeze its current standings.

On the same day the Premier League officially announced it will resume its season in June, it made perfect sense Serie A followed suit shortly after and it would have been a massive anti-climax should the same decision had not been taken.

In the past few weeks, all signs were pointing strongly in that direction. Serie A players were allowed back into individual training on May 5 and have restarted full contact training this week, while all league chiefs and clubs continued to be crystal clear in their willingness to get football back underway.

Therefore, the decision was always lying in the hands of the government, and both Prime Minister Giuseppe Conte and sports minister Vincenzo Spadafora have consistently said that they would allow games to resume only if deemed safe to do so by the technical-scientific committee (CTS) – the extremely influential government body tasked with revising medical guidelines for matchdays.

Cristiano Ronaldo and Juventus, along with the rest of Serie A, restarted full contact training this week

So when the committee approved the medical protocol to restart Serie A games hours before the meeting, league chiefs could take the decision with peace of mind.

But there is a big sticking point. Under the Italian model, when a player or staff member would return a positive coronavirus test, the whole team and club staff would then go into a training ground isolation retreat for two weeks.

This quibble, which has been criticised by leading Italian medics, remains a big issue for clubs as a positive test would bring massive repercussions on the calendar.

Much will depend on Italy’s virus curve. Should figures drop significantly, isolation would be reduced from two weeks to one, making it a lot more manageable.

According to current numbers, the country is slowly, but surely, going back to normality. On Thursday, the total number of active cases in Italy returned below the 50,000 threshold for the first time since March 22.

As Spadafora underlined, it is only fair for football to hit restart along with the whole country and send a message of normality across the nation.