On Social Media, Atiku Has The Most…

I’m Fed Up With My 45-Year Marriage-Charly…

Tinubu Will Deliver His Manifesto When It’s…

Police Are Probing The murder of seven…

Indaboski: Odumeje Is Not My Pastor – Zubby Michael (Video) 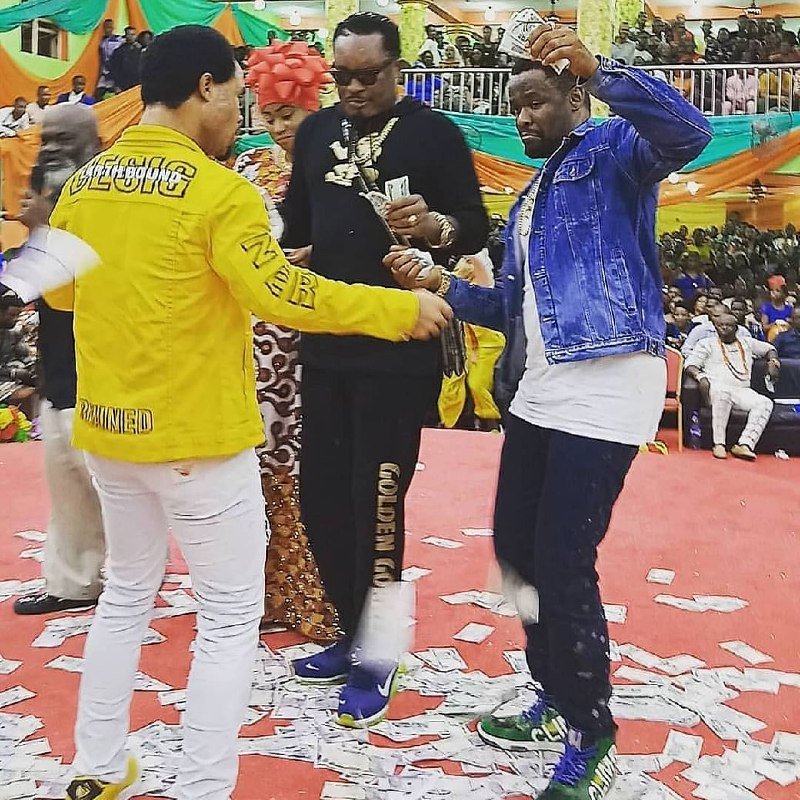 The Nollywood actor, fondly called “Eze Ndiala” (King of mad people) by some of his supporters, was believed to be a member of the Mountain Of Holy Ghost Intervention in Onitsha, Anambra State, southeast Nigeria, a church Prophet Odumeje heads.

However, in a video published on Instagram on Sunday, Michael maintained that Odumeje is his friend and not his pastor, calling on his fans to stop linking his fame to the powers from Prophet Odumeje’s altar.

The Nollywood actor who directed his anger towards Instagram blogger, Tunde Ednut, maintained that he only visits a place if he is invited to perform as an actor. He stressed that Odumeje once gave him cash amounting to N1.5million during his housewarming and that he returned the favour as he gave the controversial prophet N500,000 cash during his birthday.

“The lion, Odumeje. Where is he leading you all? You guys can enjoy all the drama but I hate it when you say, ‘that’s where Zubby got powers from, he made Zubby successful,” he explained.

“Are you sick? The thunder that will fire those making such claims will come from Adamawa! I’m not denying he’s my friend way back from Onitsha. But does that mean I go there to pray?

“Odumeje is my guy, not my pastor. Don’t be stupid. I don’t go to church. I’m more of a spiritual person than a religious. So I hate it when you tag me in your unnecessary drama.

“Especially Tunde Ednut. Are you stupid? Why are you promoting unnecessary drama? Don’t you see what others promote? You’re a fool. I’m saying this because of my fans.

“Odumeje is my guy; during my house warming, he came and sprayed one point something million. He invited me during his birthday, I went there sprayed N500k,” he said about his relationship with Prophet Odumeje also known as Indaboski Bahose.

Speaking further in the video, the Nollywood actor cautioned his fans to stop abusing God, saying “ff you say that guy give me power, you are abusing God.”

Watch the video below…

Meanwhile, the statement of the Nollywood actor is coming three months after he replicated the miracle style of Prophet Odumeje in his latest movie, “Obele Chukwu.”

Anaedoonline.com understands that Prophet Odumeje has come under several attacks in the Nigerian media for conducting what many describe as “controversial miracles” on his members such as slamming of his church members on the floor just like its seen in a wrestling ring.

I’m Fed Up With My 45-Year Marriage-Charly Boy

BBNaija: Biggie Told Modella To Break Up Relationships With A Fake Housemate

Echezona obinnaAugust 3, 2022
Another great offer for you

Navy Turns Over Five Oil Thieves To The EFCC

I’m Fed Up With My 45-Year Marriage-Charly Boy

Nigeria Now The Epicenter Of Poverty, Uprising, And Unemployment— NULGE