Man Arrested For Smashing His New Born Baby On The Floor 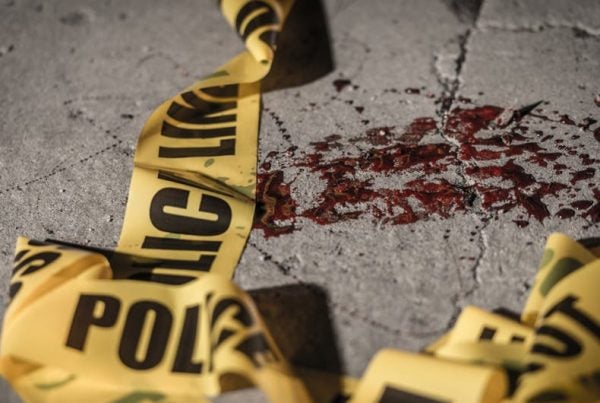 The Imo State Police Command has arrested a man identified as Ezekiel Anorue for killing a newborn baby by smashing her on the floor because she’s not a boy.

A police source said that the dastardly act was exposed after the wife raised the alarm when the child stopped breathing immediately after the father hit her on the floor.

It was gathered that the suspect, Anorue, was angry that his wife had lied to him that the new baby will be a male child, which was what he had longed for in the family.

The wife, who spoke in tears, disclosed that she had to lie to her husband that she will be delivered of a male child because she was threatened severely after her 3rd and 4th female children.

She said, “I had to lie to him so that I could have peace of mind.”

The suspect, Anorue, confessed to the crime:

“I don’t know what came over me; I was so angry that I threw the baby on the floor.

What my wife told me was different from the result of the scan she claimed revealed we would have a baby boy.

I had to give her money to do the test at two different laboratories, but she always came home with a result showing we would have a boy.

I had already renovated our house, bought a lot of things but when I got home it was a baby girl”.

“We already had four girls, and I was so happy when she told me we would have a male child, but it turned to be female.

”Speaking on the strength of the report, the Imo State Public Relations Officer said the suspect would be charged to court as soon as investigations are concluded.

Man Crushed To Death While Making A Video Call

2023: Ohanaeze Begs APC, PDP Delegates To Save Nigeria From Collapse