Nigeria midfielder Wilfred Ndidi believes he is yet to play to his full potential  despite being regarded  as one of the best  in his position in the English Premier League. 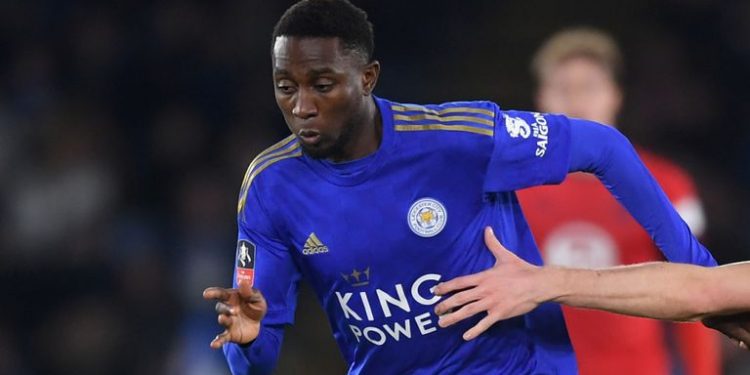 In the two full Premier League seasons that Wilfred Ndidi has featured for Leicester City, he has finished as the top tackler on both occasions.

During the 2016/17 campaign, having joined Leicester in January 2017 from Belgian side KRC Genk, Ndidi completed 68 tackles in just 17 appearances.

Leicester’s No.25 had already played for two teams at the highest level, and had represented his country at the World Cup and Africa Cup of Nations against some of the most gifted players on the planet.

His impressive form has continued this term, where he currently sits third in the tackling charts with 91 to his name, despite missing six of City’s 29 matches.

He is only eight behind Manchester United’s Wan-Bissaka, while City team-mate Ricardo leads the way by 20 with 119 tackles. In addition, he has made 61 interceptions and 194 recoveries, and has won 181 duels and 59 aerial battles in 2019/20.

Amokachi in an interview said Ndidi and Osimhen have been outstanding for Leicester City and Lille respectively this season.

Ndidi has made 29 appearances in all competitions for the Foxes this campaign, netting two goals with one assist.

“If there is a player from the current Super Eagles team who I believe will make the 1994 squad, it is Ndidi,” Amokachi said.

“Ndidi is one player who will fit into the team. He is very solid in the midfield and we all can see how important he is for Leicester.

The Eagles 1994 World Cup squad is regarded as the greatest team to come out of Nigeria.

Thomas Tuchel: My Target Is To Win EPL This Season