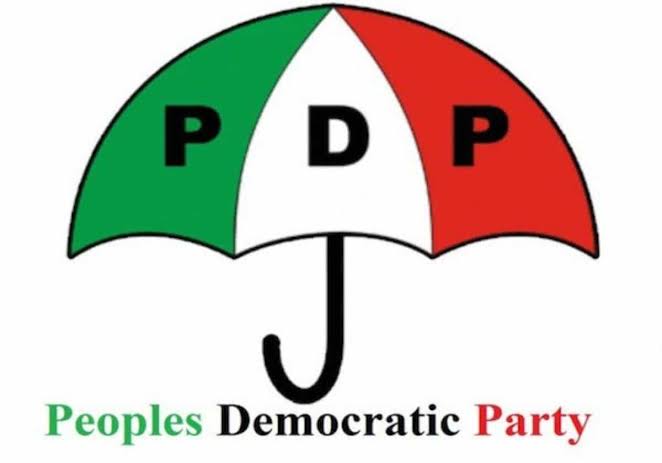 Share0
Join AnaedoOnline Telegram
The Peoples Democratic Party (PDP) South East zone yesterday passed a vote of confidence on the leadership of the party in the zone, satisfying all the officers as credible to re- contest their respective position at the forth coming National convention of the party.

South East zonal chairman of the party, Austin Umahi made this known at the end of the zonal meeting held at Government House Enugu, which ended late Sunday evening.

He said the whole zonal and national exco had done well for the party.

He stated, “This is South East Zonal Executive Meeting and I am very proud that it was successful. The deliberations were fantastic, you could see cohesion, you could see oneness, unity of the party and that goes a long way to tell us that this is like the bedrock of PDP in Nigeria because you cannot discuss PDP without mentioning South East. We are proud of PDP,” Umahi said.

Umahi said that essence of the zonal meeting was to pass resolutions and to make the party stronger in the zone.

He said that it was for that purpose that they decided to adopt all their exco members for the forthcoming congress.

“The essence of the meeting is to pass some resolutions and make the party very strong in the zone and mist importantly is to hold us together and we passed a resolution on zoning arrangement today and what we decided is that there are positions zoned to different states in the zone and for continuity and stability of the party, the Zonal Executive Committee, ZEC, decided that all zoned offices to the states and in the national should remain because they have done very, very well.

“It was put to vote and it was unanimously adopted and agreed,” Umahi said.

Explaining, he said that the zonal chairman was zoned to Ebonyi, the national youth leader zoned to Enugu and other positions were thus zoned to different states in the zone remain as they are.

[…] He said that after completing the process of his expulsion at the Ward Level, a letter was written to the National Secretariat of the PDP which was acknowledged on November 11, 2019. The PDP Scribe said that “there has been a lot of stories surrounding Senator Anyanwu’s expulsion. The truth is that his Ward in Amaimo Ikeduru LGA expelled him with his suspension letter signed by the Ward Officers who brought it to the State, but we told them that they should follow the right channel by first presenting the letter to Ikeduru LGA PDP which they did”. Read Also: South East PDP Passes Vote Of Confidence On Leadership(Opens in a new browser tab) […]

[…] coordinated approach is required for a secure southeast, this is why the Southeast governors must be commended for taking this bold step to addressing the security risks facing the […]