On Social Media, Atiku Has The Most…

I’m Fed Up With My 45-Year Marriage-Charly…

Tinubu Will Deliver His Manifesto When It’s…

Police Are Probing The murder of seven… 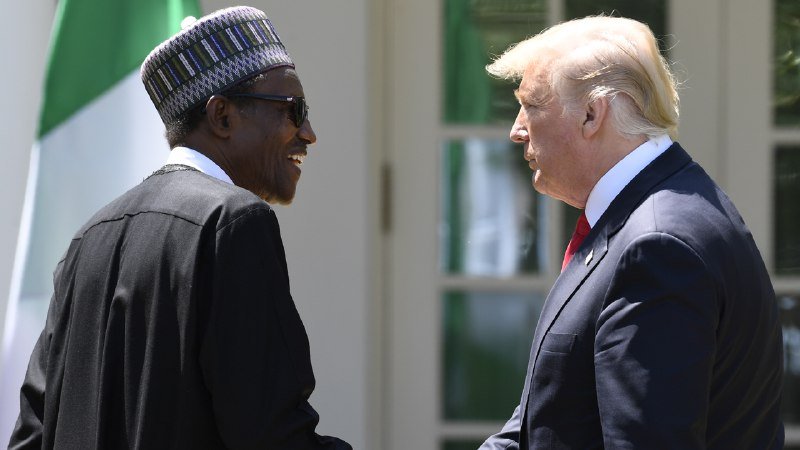 The current insecurity issues in Nigeria have become a major concern for Nigerians, a Senior Pastor of Awaiting The Second Coming Of Jesus Christ Ministry, Adewale Giwa has submitted a three-page letter to the President of the United States of America, Donald Trump, asking him to save Nigeria from President Muhammadu Buhari and Boko Haram.

Describing Trump as a God-fearing politician, Giwa thanked the President for fulfilling his promise of protecting American people.

The senior pastor told Trump in the letter that Boko Haram has been enriched by the millions of dollars paid to it by the Nigerian government in the form of ransom, adding that it is no longer news that terrorism has become a lucrative business under the leadership of Buhari. 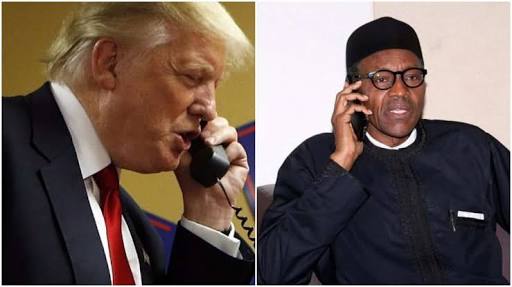 The Pastor also told Trump that Buhari government is releasing some of the members of the terrorist group earlier arrested by security personnel.

READ ALSO: Insecurity May Get Out Of Control In Nigeria – British GOVT

“These terrorist members are being tagged” Repentant Boko Haram Members”, and the Federal Government is now treating them like kings,” he said.

“I want to first commend Mr. President for fulfilling the promises he made to the great people of America. I could recall that Your Excellency promised to protect the citizens of this country during the election campaigns, and you are doing just that. Not only this, the economy of this great nation under your leadership has improved tremendously.

“I had served both the United States Department and United Nations as a foreign journalist, and I can boldly describe President Trump as a God-fearing politician. It is important to add my voice to the security challenges currently facing Nigeria, the most populous among African nations.

“Having said this, the good people of Nigeria, especially Christians have continued to pray for God’s intervention against terrorism in Nigeria, but it seems that the more we pray the more the activities of the deadly group, known as Boko Haram persist due to inability of the government under President Muhammadu Buhari to do the needful.

“Sir, Nigeria has been ravaged by terrorist activities which has made the country unsafe for Nigerians and foreigners. Founded by late Mohammed Yusuf in 2002, the terrorist group was later hijacked by one Abubakar Shekau in 2009. When the group first formed, its actions were nonviolent. Their main goal was to purify Islam in Northern Nigeria.

“In 2015, the group aligned with the Islamic State of Iraq. Boko Haram has since killed thousands of people in Nigeria, and the group continues to kill on a daily basis. Instead of President Buhari to use proactive measures to defeat the deadly group, rather, his administration continues to negotiate with Boko Haram.

“Boko Haram is enriching itself via the millions of dollars thus far paid to it by the Nigerian government in the form of ransom payments. It is no longer news that terrorism has become a lucrative business under the leadership of Mr. Buhari. The approach of the Nigerian government in handling the issue of Boko Haram with levity has further given the group power to continue with its nefarious activities,” Giwa’s letter made available to newsmen on Tuesday.

He said that Nigerians were now living in fear of Boko Haram and other terrorist groups like ISIS, the Taliban, AI- Qaeda and Miyetti Allah, known as ‘Herdsmen’.

“Presently, the Nigerian Senate under the leadership of President Buhari’s Political Party, APC, is proposing to establish an agency that could further take good care of them. A few weeks into the new year, precisely on January 19, the Islamic group released a video of a child who looked to be around 10 years old executing a Christian man in Borno, Nigeria. As if it was not enough, a few days later, on January 22, a Nigerian Pastor, Rev. Lawan Andimi, was beheaded by Boko Haram Militants.

“Boko Haram has split into two main factions. One faction remains aligned with Abubakar Shekau and appears to be centered in the Sambisa forest near Maiduguri, Borno State’s regional capitol, and extends into Cameroon.

“The other, often referred to as the Islamic State West Africa Province, ISWAP, was until recently commanded by Mohammed Yusuf’s son, Abu Musab al-Barnawi and officially sanctioned by the Islamic State.

“ISWAP reportedly commands up to 5,000 fighters, three times that of Shekau’s faction, and its operations are centered around Lake Chad. The evidence suggests that Boko Haram has recently focused more of its attacks on state targets. In 2015, three quarters of Boko Haram attacks targeted civilians, according to data from the Nigeria Security Tracker.

“Today, Boko Haram appears to be on the rise again as it continues to kill the innocent Nigerians consistently. The group’s resilience, in particular the effectiveness of its attacks against security forces, has taken a toll on morale and rattled the Nigerian government. In 2018, Boko Haram killed 459 members of Nigeria’s state security forces, exceeding its previous total of 450 in 2014. In November 2019, it caused more than 750 state casualties.

“Between January and February 23 this year, Boko Haram has killed more than 200 people in the Northeast of Nigeria. In the past five years, more than five thousand Nigerian Christians have been killed for their faith. There is another extremist group operating across the states in Nigeria that is just as deadly as Boko Haram. Everyday, hundreds of Nigerian Christians are being assaulted, tortured and killed by Fulani extremists.

“One could have thought that President Buhari, being a former General in the army could be able to defeat these groups, but all he keeps promising Nigeria is to exercise patience while Boko Haram continues to kill the people of Nigeria. February 19 this year makes Leah Sharibu two years in Boko Haram captivity. The 16-year old girl was abducted, along with 109 others by Boko Haram in February 2018.

“Leah Sharibu was attending class with her colleagues at the Government Girls Science and Technical School in Dapchi, Yobe State, Nigeria when the Islamic terrorists stormed the place and whisked them away. In the process, five of the girls died. 105 students were taken away, including Leah. After paying them ransom, the group released 104 students while Leah remains captive. She is being held captive for refusing to renounce her Christian faith in exchange for freedom.

“The Scripture says in Proverbs 17:13 that,” Whoso rewardeth evil for good, evil shall not depart from his house,”. President Buhari’s government is rewarding evil for good and the group continues to kill innocent Nigerians.

“Mr. President, it is now glaring that Nigeria’s situation has gone beyond prayers, but all we need now is to cry out for help since our government has failed us. It is evident that Boko Haram has overpowered Buhari and his security personnel. We can no longer fold our arms and watch our people being killed. The deadly group has grown wings under the administration of Mr. Buhari.

“The citizens of Nigeria can no longer sleep with their eyes closed. This development has informed some regions in Nigeria to establish their security outfits, yet the situation is getting out of hand.

“Sir, I write to beg you on behalf of the good people of Nigeria to save us from these terrorist groups. America remains a great nation to solicit help from in this difficult situation that we are experiencing in Nigeria. I hope that Your Excellency will do everything possible to rescue the good citizens of Nigeria from Boko Haram and other terrorist groups that have taken over Nigeria,” he wrote.

2023 Presidency: It’s Time For Another Zik Of Africa To Emerge – Ohanaeze

Police Are Probing The murder of seven people in Imo

FG Justifies Purchase Of N1.4 Billion Worth Of Vehicles For Niger Republic

Falcons, US Friendly Tickets Are Available For $25

Police Are Probing The murder of seven people in Imo

BBNaija: Biggie Told Modella To Break Up Relationships With A Fake Housemate