Nigerians have reacted to the viral story of a man who took his girlfriend to the village to attend his wedding to another woman.

From the story, it was gathered that they had been dating her for three years.

Taking to Twitter, a lady identified as Oroboghene shared the story and many Twitter users have reacted.

According to the gist, he took his girlfriend whom he had been dating for 3 years, to his village for a wedding, which he told her was his brother’s.

However, on the day of the engagement ceremony, he turned out to be the groom. 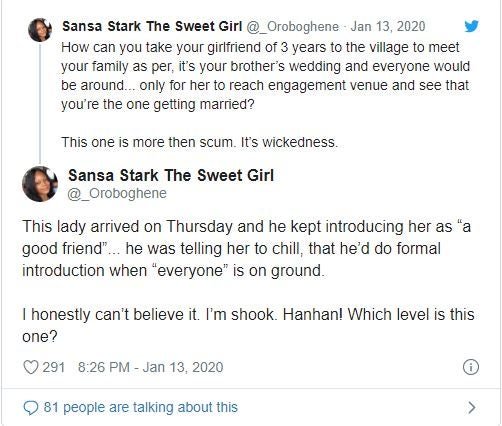 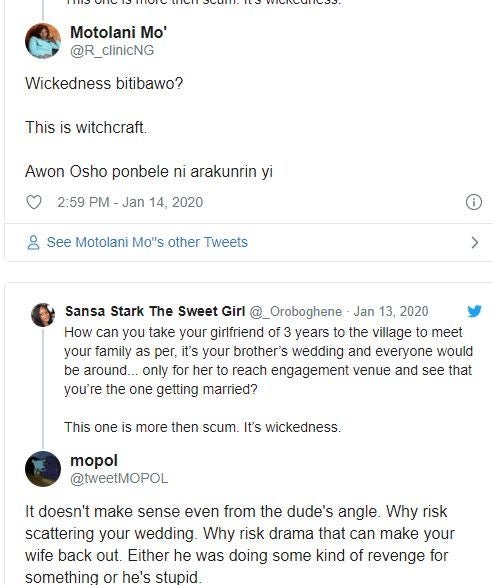 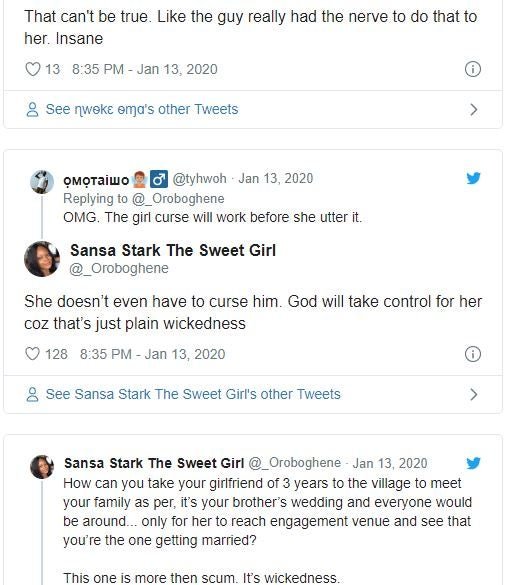 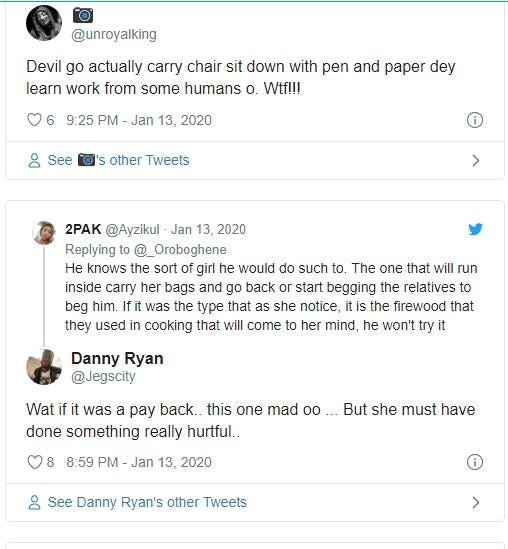 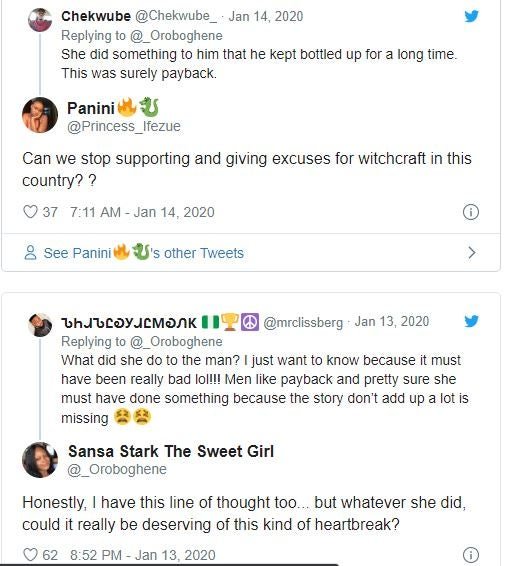 See What Happened To Lady On Her Way To Church

Lady Who Rejected Boyfriend’s Proposal Blasts Those Criticizing Her (Video)