Popular Instagram celebrity Mustapha Ismail popularly known as Mompha has taken to social media to celebrate his one true friend who stood by him during his challenging times.

Recall the Instagram celebrity was arrested by the EFCC in October over internet fraud, he was recently released on bail.

During his stay in the anti graft agency’s custody, Mompha lost some friends who quickly disassociated themselves from him, as the EFCC blew hot on him and investigated anyone that has anything to do with him.

Taking to his page, Mompha wrote;

“One of the most beautiful qualities of true friendship is to understand and be understood!!! A real friend is one who walks in when the rest of the world walks out, Friends are the siblings God never gave us and a friend is someone who knows all about you and still loves you @brakinface Thank you for being my true friend.” 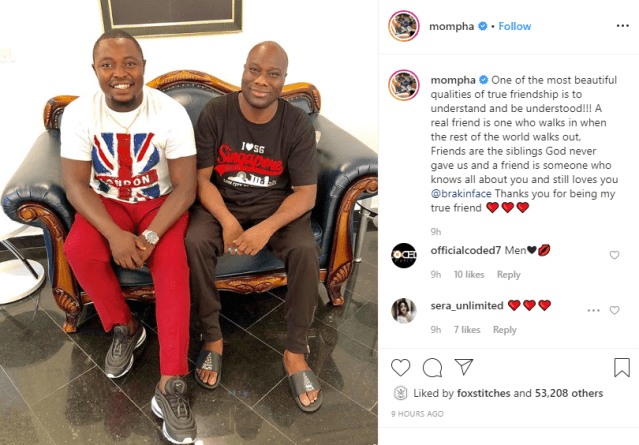