2023: Forget About Wike, Whoever He Supports…

Ex-Chelsea Manager, Vialli Dies At 58 After…

Why Nnewi People Don’t Kill Themselves Or Anyone 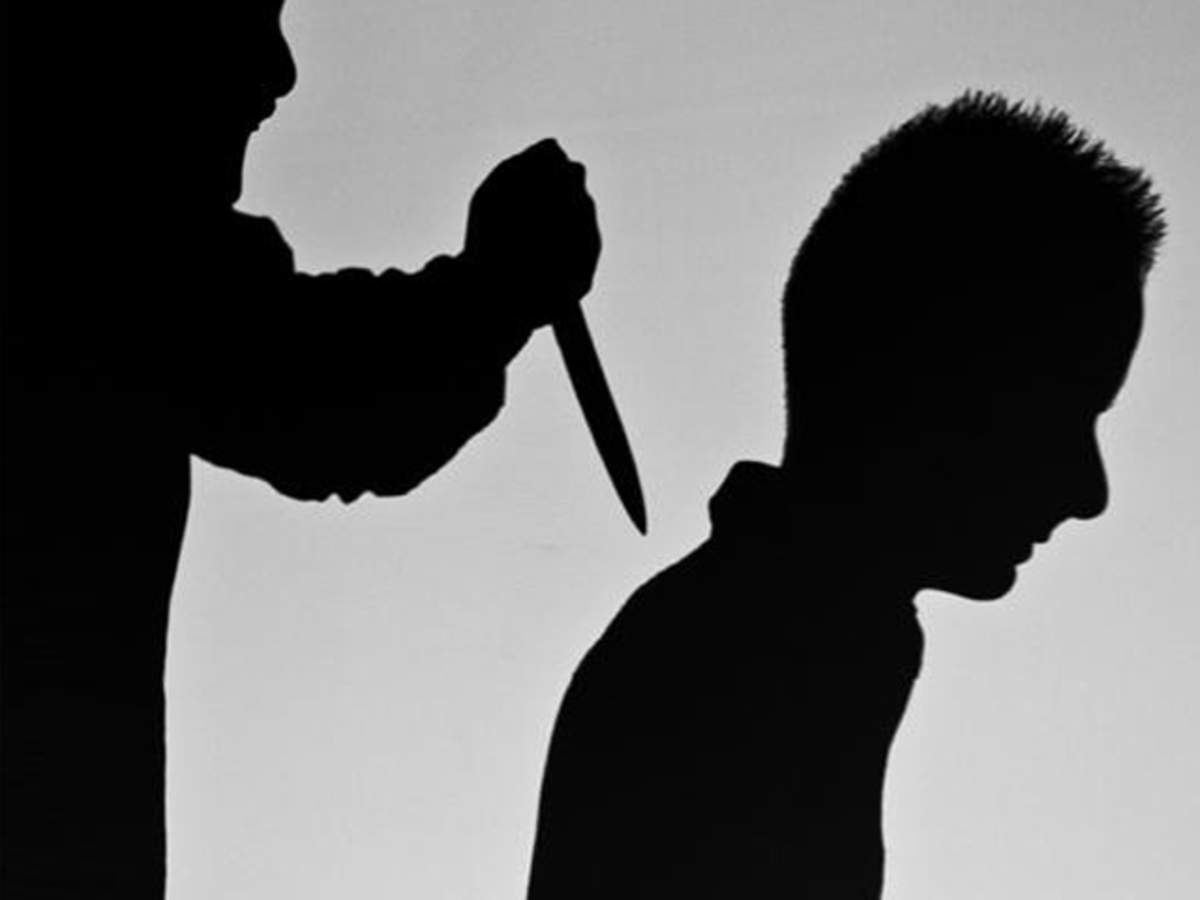 Chief Omedajuo had noticed that many of his well-to-do subjects had stopped coming home to the village from abroad during Christmas, Easter and Afiọlụ or New Yam festivals. They were afraid for their lives.

It was in evidence that as the national economy was getting harsher, the bile of some of the home-based natives were even getting fuller yielding their minds to wickedness and resulting not only to making them envious of the rich among their kinsmen at home and abroad, but also to hatch and execute plans to poison them.

These evil minded natives sourced their spiritual armaments from the producers of evil missiles known as umudibia or native doctors.

It was no longer news that witch doctors from some neighbouring towns in Anambra state namely: Nando, Norgu, Lilu and Umunri would assemble every market day at Afọ Nnobi, in Idemili South, to retail human-liquidating bullets like Ụkwaranta or tuberculosis, Enyiule or Gas Gangrene, Ọtụlụọkala or Stroke, Ọnọnaanị Ahụ Egbe or Parkinson disease, etc.

Umudibia’s shops at Afọ Nnobi were situated beside the Iroko tree close to the shed for poultry sellers. They chose that remotest part of the market so as to have a good view of persons approaching their shops or lots.

These powerful and devilish native doctors would never display in the open, the evil bullets, but would bring them out upon request and only when they were sure that the buyer was not a mole being used to catch them red-handed by aggrieved family group aiming to confirm the suppliers of the poisons that killed their relations.

By boycotting homecoming, the fearstricken townsmen living abroad (i.e places outside the village like Lagos, PH, Kano etc.) were being cautious in line with an Igbo saying that “nkwụcha abụghị ụjọ” meaning that “precaution is not a sign of fear but wisdom”.

The no-show action by the affluent townsmen had nearly crippled the economy of the village as the periodic foreign direct investments in buildings, roads, education were practically no existent.

The worst was that abroad members no longer sent money home for meat and rice as they used to do during festivities.

He called a general meeting of both males and females in his clan one Saturday morning and lamented the general mistrust amongst his subjects and the increased fear of being killed even within the closest relations in his clan.

He said that the time was ripe to bring to an end, the disgraceful situation.

“This time around,” he continued, “I have factored in the diversity of beliefs in our clan. I shall invite an Anglican priest, Catholic priest and the chief priests of Ogwugwu and that of Udo.

“Everybody must swear by something. Most of us in this clan are either Catholic or Anglican. Their priests will come with their Bible and their Holy water.

“Our relations in the African traditional religion would either swear by Ogwugwu or by Udo. Everyone must be covered”, he concluded to an applause of all.

Then, a message was disseminated to all sons and wives of Ụmụọchọndụ clan to return home on the last Friday of August 2001 for Ido Agbata.

The news was widely welcomed by the entirety of Ụmụọchọndụ living at home and abroad and they made conscious efforts to attend.

The Orthodox churches in Nnewi had come to develop prayers for this kind of service for their members otherwise they stood the chance of losing their coveted patronage to their traditional religion competitors who had been performing this function.

Very early in the morning on the D-day, the traditional religion practitioners would traverse the length and breadth of the community with their “okuku” and “ọfọ” (the symbols of power) of their deities.

The incantations are translated to mean: “enough is enough, let the person who prepares a fetish medicine unknowingly taste it, let he who courts evil bear the consequences, may any evil preparation boomerang on the person that carries it into this community!”

Later in the morning, everyone, irrespective of their religious inclinations assembled at the Obi or the clan head’s compound that doubled as a meeting square for a grand finale of the Ido Agbata.

The head of the clan reeled out the main reason for the covenant which was to stem the growing wickedness in the land and for God or the gods to uproot or finish off anybody that would attempt to re-engage in devilish actions against a kinsman or that would be privy to a conspiracy to pepertrate evil that would kill or harm his relations.

All who would pledge to neutralize any current spiritual stronghold on a kinsman would be exempted from prescribed punishments but those who failed to do so would be as quilty as fresh offenders.

Open confessions were allowed and and the confessed sins were forrgiven. The whole essence was to achieve total reconciliation and peaceful co-existence.

Bobrisky Is Evil, He must be Stopped – Nigerian Women

The motto of the ceremony is “onye ọbụla melu na ele and ọzọ emezina” meaning “let it not happen again!” Or “egbe belu ugo belu, nke si ibe ya ebena nku kwaa ya!”meaning “may the wings of that kite or eagle that does not want the other perch be broken!”

After the general prayer by each of the Catholic and Anglican priests present, all members of the clan would file out in family units to collect from a common plate a tincture of salt soaked in palmoil and put same openly on their tongues and be seen to have swallowed same.

Nnewi people believe that relationship between brothers or relations should be as that of salt and oil which is complementary, of complete amity, useful and sweet.

The mixture of salt and oil represents a bond known as “ibe nne” or a bond held together by an umbilical cord of a mother.

The Ido Agbata covenant proceedings of Ụmụọchọndụ was halted after the general prayer, just before families were asked to file out to receive the covenant mixture, when a known voice shouted “I have an objection!”

Who else could that be but Mr. Ochịlịọzụọ?

Mr. Ochiliozuo said he agreed with all other ordinances of the covenant except “ị ra nwunye mmadụ” i.e “committing adultery with a brother’s wife”.

He also said that he would not partake in the Ido Agbata covenant if adultery was not excluded or expunged as he would not sit down there and attend his own funeral.

The priests present were embarrassed to see notable male members of their churches rise to support Mr. Ọchịlịọzụọ, reasoning that if adultery was not expunged from the covenant that half of the adult men in the clan would be decimated.

“Does it mean that a compassionate brother would no longer lend a bullet or two to a needy brother whose gun has been silenced for lack of bullets?”, another man, named Okwudili, asked loudly.

It was to the relief of all men present that Mr. Ochịlịọzụọ’s motion for amendment was upheld by a popular acclamation and the proceedings continued.

Normally, second and third opportunities are given to those who could not attend the ritual the date it was held; but only those with genuine reasons. They would come take the covenant mixture before the clan’s executives and the clan head.

Anyone who refuses to partake in the covenant is ostracised, an act known as “mmapụ or nsụpụ”.

The ostracised person is further declared an enemy to all and every member of the clan is barred from relating
with the enemy and his nuclear family. Anyone who is seen in the public with such an enemy is fined heavily.

However, the ostracised or the deviant citizen could be re-admitted to the communion of the clan by accepting to perform the covenant rituals and actually doing so, but with a payment of a fine.

Covenant or Ido Agbata amongst kinsmen in Nnewi is renewed every ten years or even earlier not because the last one had lost its potency but to accommodate young people who have just become married men and their new wives.

Recalcitrant persons who still go ahead to harm their relations after participating in Ido Agbata covenant are believed to be visited with calamities in life. Their families would have a litany of untimely deaths, lack of progress and suicide tendencies.

The covenant ritual is credited to be responsible for the supernatural compulsion of an evil doer in the community to do an unplanned public confession of evil deeds, an act known as “ị sa n’ọnụ” before the person dies.

However, the existence of Ido Agbata covenant doesn’t prevent ụmụnadị or kinsmen from lesser crimes like calumny, gossip, land squabbles and physical fighting.

At The Funeral Of The Dead In Nnewi, The Bereaved Receives Repayments From Debtors And Incurs More Debts

Provisions For 2023 Elections, Transition Programme Have Been Made – Buhari

Victor NdubuisiNovember 8, 2022
Another great offer for you

FIFA To Talk To All Countries To Name Stadiums After Pele

Provisions For 2023 Elections, Transition Programme Have Been Made – Buhari

‘We Need Who Believe In Nigeria’ – Soludo To Kwankwaso

2023: My ‘Tech’ Plans For Yahoo Boys If Elected President – Tinubu