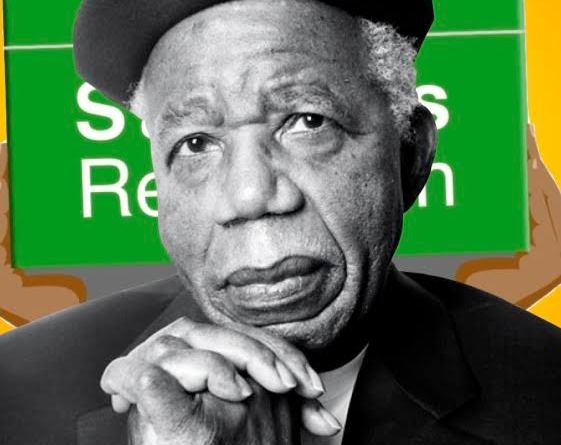 The annual literary event organized by the society 0f Young Nigeria Writers, (Anambra chapter) in honour of Nigeria’s Literary Legend and father of the African Literature will be held this Saturday, November 16th at the Prof. Kenneth Dike Central E-Library, Awka, the Capital City of Anambra State,

The 2019 edition of the Chinua Achebe Literary Festival will attract Literary enthusiasts, writers of all class and intellectuals alike. The event is centered on the commemoration and celebration of his immense contributions and legacies in the literary field of life.

The literary festival is an annual literary event organized by the Society of Young Nigerian Writers, (Anambra State Chapter) in honour

The literary event which holds yearly on Achebe’s date of birth started in 2016, and has remained consistent for the past four years.

It would be recalled that Late Achebe, until his death, was a die-hard chauvinistic countryman who, with his wealth of knowledge, contributed immensely in propelling the developmental wheel of his country Nigeria, Africa and the world at large.

He was also an intellectual with integrity, as evidenced by his two-time rejection of the country’s second highest award for intellectual achievement and contribution to National Development — the Commander of the Order of the Federal Republic — in 2004 and 2011 respectively because he perceived things were not going the way they should in the country, as under-development, corruption and impunity were the order of the day.

T he 2019 Chinua Achebe Literary Festival will feature: lectures in memory of Achebe, dramatizing of Achebe’s selected books, Open Mic/Spoken Word, Chinua Achebe Essay Writing Competition (for secondary school students, sponsored by the Anambra Newspapers and Printing Corporation), unveiling and presentation of the Chinua Achebe Poetry/Essay Anthology entitled “Arrows of Words” (which is the association’s newest collection of poems and essays published in honour of Achebe), award presentation, and other literary  packages slated for the day.

APC Not Eligible To Contest In Bayelsa Guber – Court Rules

After Having Parallel F9 In NECO, Man Bags First-Class Degree

See How Much Dollar Exchange To Naira Today 29 November 2021

REVEALED: Meet The DSS Operative Behind Arrest And Interrogations of Suspected IPOB...

You Are Insulting Buhari By Challenging Soludo’s Victory In Court – APGA...