N-POWER: Reps to Probe Alleged Corruption In The Scheme 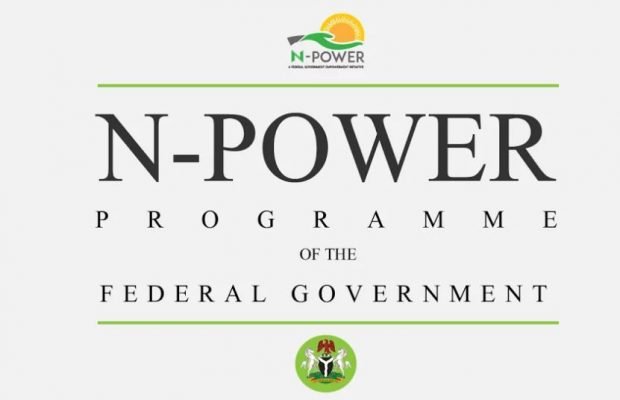 * Some Benefiary Owed And Wrongly Removed From the Scheme

Due to recent outcry by some Nigerians on mismanagement and corruption in the N-Power scheme, the House of Representatives has resolved to investigate the Programme, which consists of the N-Teach, N-Agro, N-Tech, N-Build and N-Creativity Programmes.

The House mandated its Committees on Sustainable Development Goals and Youth Development to immediately investigate the alleged arbitrariness in the management of the N-Teach Program in particular and report back to the House within the next three(3) weeks.

The resolution of the House was sequel to a motion brought by Oluga Taiwo (Osun APC) with the title: “Urgent need to investigate the arbitrariness and possible corruption in the N-Power Programme of the Federal Government.”

While moving the motion, she noted that the Federal Government of Nigeria established the National Social Investment Programme (N-SIP) in 2015, in fulfilment of the administration’s campaign promises to Nigerians.

She said: “The NSIP includes the N-Power Programme which consists of the N-Teach, N-Agro, N-Tech, N-Build and N-Creativity Programmes.

“Further Notes that the N-Teach Programme involves the engagement of educated Nigerians with Minimum NCE, OND, HND, B.sc, M.sc and PhD. Degrees who are engaged and posted to teach in different schools in the 36 States and F.C.T.

“The Programme requires these beneficiaries N-Power Teachers) to report in their States, and the State offices or vocal offices will now post them to different schools in various Local Governments within the State, where they will be posted to teach courses related to their discipline and as directed by their various school heads.

“The N-Power Programme as a form of quality assurance and check, equally engaged Independent Monitors, One per Local Government, who Monitors the attendance of the N-Power Teachers at their various places of assignment, by paying unscheduled visits to them.

” The Independent Monitors are now required to investigate the teachers and report truancy indiscipline or misconduct to the NSIP Office in Abuja through their Electronic Tablets. Upon receipt of the Queries by the NSIP Office, they conduct an investigation to ascertain the merits of the query and now withhold payment of the erring N-Power Teacher/Beneficiary by holding his income for 45days and if there is no change or satisfactory response within the period, they are exited from the programme.”

The lawmaker, however, expressed concern that in recent times, there are increasing cases of N-Power beneficiaries/Teachers who are diligent in their places of official assignment and who have no queries or negative reports, yet at the end of the month their payments are withheld and all efforts to get reinstated has proven abortive.

“These N-Power beneficiaries, their School Principals and the Independent Monitors have confirmed that there are no queries and yet some at the N Power Beneficiaries have been blocked and exited from the Platform for no reason whatsoever, yet they keep reporting in their place at duty and have now been owed several months’ monthly allowance without pay.

” In Osun State alone, over 400 N-Power Beneficiaries/teachers are been owed monthly allowances ranging from 2 months. 15 months and 18 months respectively due to arbitrary withholding of their account and unlawtu| exit from the Platform despite diligence at place of official assignment.”

According to her, this is contrary to the objectives of the N-Power, N-Teach Programme.

” That this arbitrariness in withholding accounts and non-payment of monthly allowances signals corruption and waste of Public Funds. This is also the case in many other South Western States and some State in the North Central.

“Cognizant that the Funds used for the National Social Investment Programme are monies belonging to the Federal Government of Nigeria, and Appropriated for that purpose by the National Assembly and thus, this House is constitutionally empowered by virtue of Section 88 and 89 of the Constitution of the Federal Republic of Nigeria to investigate waste or mismanagement of the Funds.”