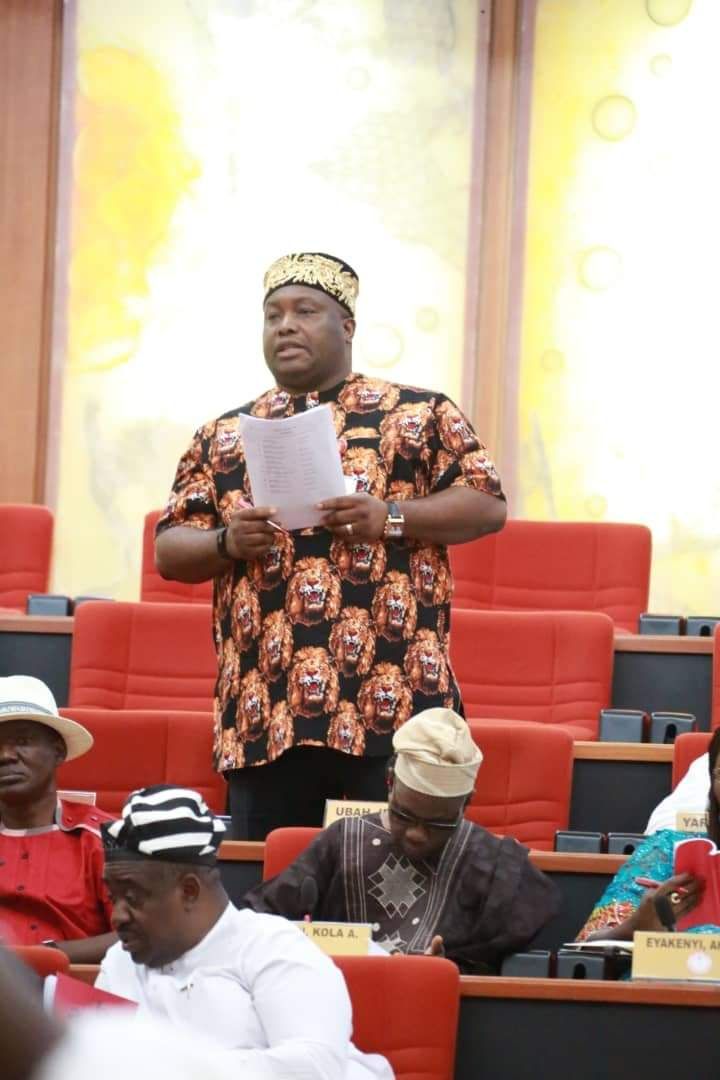 Today, on the floor of the Senate and in suppprt of a motion sponsored by Senator (Dr.) Ibrahim Yahaya Oluriegbu and some other distinguished colleagues for an urgent need to strengthen the security agencies in Nigerian Airports, the Distinguished Senator Representing Anambra South District made a patriotic call for a sustained synergy between the various security agencies at all Nigerian airports.

In his address at the floor of the Senate, Ubah stated thus “Having identified the discordant relationship between the various security agencies stationed at our airports, I called on and implored FAAN, NDLEA, Police, Immigration, Customs and other security agencies to work cooperatively and coexist harmoniously in a bid to improve the security of lives and property at our Airports”.

READ ALSO: Dr. Patrick Ifeanyi Ubah and His Journey to the Senate

Speaking Further, he said, “In view of the urgent need for a substantive legislative agenda for the ninth Senate, I was also appointed to serve as a Member in the Senate Ad-hoc Committee on Legislative Agenda which is saddled with the responsibility of providing a robust and viable framework that will set the tone for a progressive and successful Ninth Senate”.

Victor NdubuisiJanuary 4, 2023
Another great offer for you

Burna Boy Lay Curses On Nigerian Haters In A Concert

LP Reaches Out To Arthur Eze, Asks Him To Sacrifice Luxury For...

2023: Why Nigerians Must Put Aside Religious, Tribal Sentiments – CAN