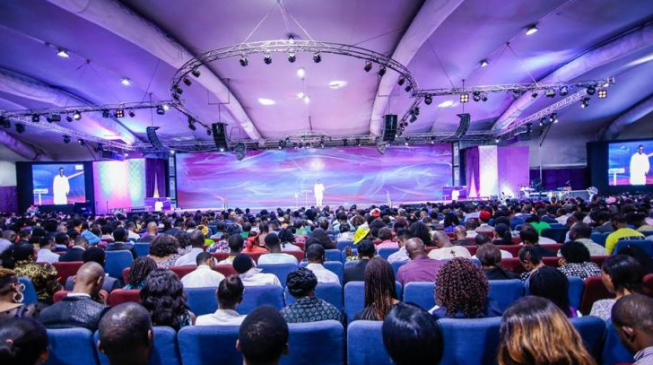 Some protesters under the platform of #ChurchTooMovement have vowed to storm the headquarters of Commonwealth of Zion Assembly (COZA) in Abuja on Sunday.

This was contained in a notice widely circulated on social media.

“If you are outraged by the alleged sexual abuses perpetrated by pastors and so-called ‘men of God’, join us for protest March to COZA church. Meeting point: NNPC filling station, Guzape. Sunday June 30, 2019 8:00am. Dress code: White top,” it read.

This is coming after Busola Dakolo, celebrity photographer and wife of Timi Dakolo, levelled allegation of rape against Biodun Fatoyimbo, founder of COZA. 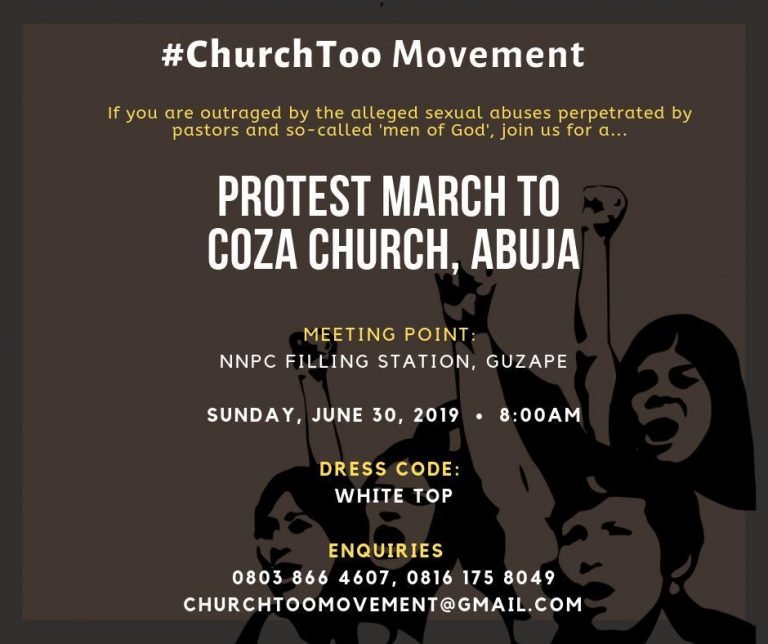 The accusation generated a lot reactions, particularly on social media. Fatoyimbo has since denied the allegation.

This is not the first time the pastor would be accused of rape. In 2013, one Ese Walter, a member of his church accused him of molesting her.

Fatoyinbo had also denied the allegation, attributing it to his enemies.

BREAKING: Dele Momodu Declares Interest To Run For President In 2023

See What Busola Dakolo Said To Her Husband, Timi Dakolo, On His...

Nigerian Boy Slaps And Punches His Girlfriend For Refusing To Open Her...