The Commissioner of Police, Ebonyi State Command, CP. Awosola Awotinde, on Friday, said the command has arrested four suspected kidnappers who at gunpoint allegedly kidnapped one Barr. Igwe Chigozie, and took away his Toyota Corolla car with the Reg. No. KRD 444 FE, to an unknown destination.

Awotinde made this known at his office in Abakaliki while briefing journalists, disclosing that the police traced the suspects to their hideout in Enugu and arrested their kingpin who made useful information that led to the arrest of others.

READ ALSO: Herbalist Arrested For Murdering The Verger Of The Anglican Communion

According to the CP, “One Barr. Igwe Chigozie ‘M’ was kidnapped at gunpoint in front of his house in Abakaliki, in his Toyota Corolla car with Reg. Number KRD 444 FE and taken to an unknown destination. 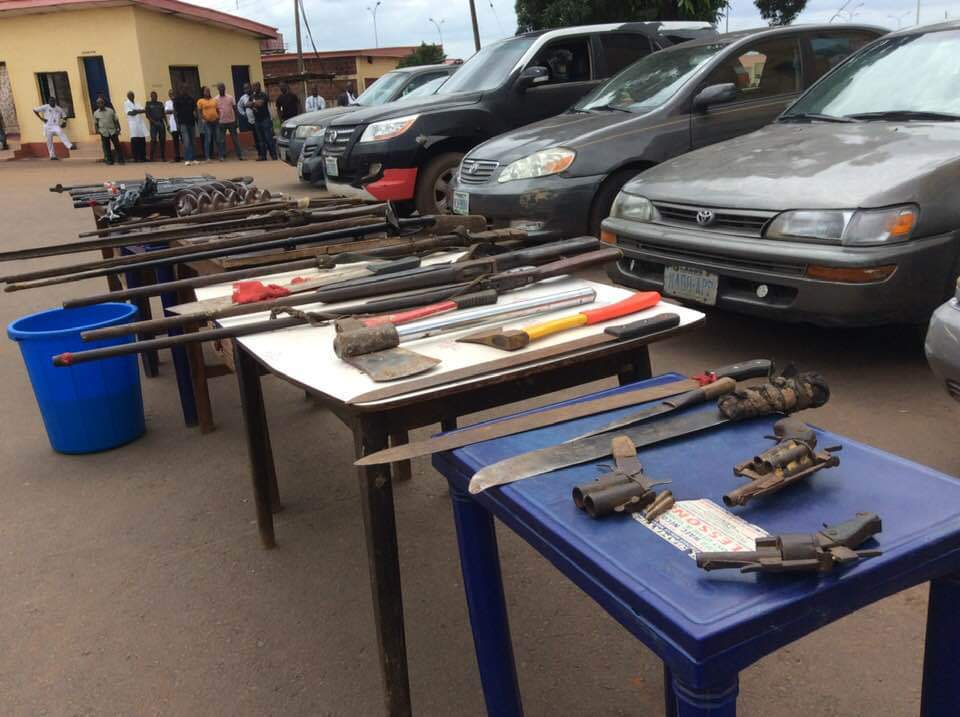 “Operatives of Anti- Kidnapping (AK) wing of operation puff adder quickly swung into action and the victim was rescued at Ukwuachi along Abakaliki/ Enugu expressway.

“The kidnappers made away with the victims Samsung Galaxy Prime Core handset, his Toyota Corolla car and a cash sum of Two thousand five hundred naira.

Items recovered from the suspects include: one locally made revolver pistol with two live AK 47 and seven cars.

April 4, 2020
The Rivers State government has lifted the curfew it placed on some parts of the state capital, Port Harcourt, as measures aimed at tackling...

Watch Out For Great Achievements Within One Year – Gov. Uzodinma