A civil society/human rights organisation, International Society for Civil Liberties and the Rule of Law (Intersociety) have urged President Muhammadu Buhari to appoint the next Inspector General of Police from the South East as the incumbent IGP, Ibrahim Idris, is due for retirement on January 3, 2019. 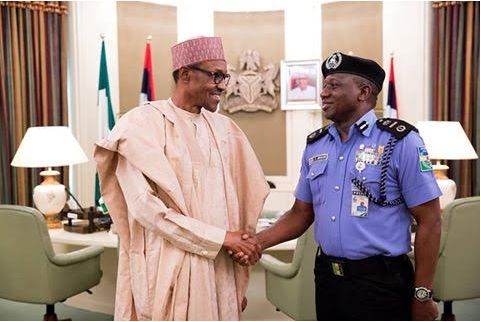 The group in statement issued in Onitsha, Anambra State, and signed by its Board Chairman, Emeka Umeagbalasi; Head, Campaign and Publicity, Chidinma Udegbunam; and Head, Civil Liberties and Rule of Law, Obianuju Igboeli; recalled that the outgoing IGP joined the Force on December 31, 1984, and was born on January 3, 1959.

It said, going by the list of senior police officers (IGP-CSP), it meant that on January 3, 2019, Idris would have attained the age of 60 and 35 years in civil service in accordance with the Civil Service Rules of the Federation 2008.

Making a strong case for the appointment of a qualified Igbo police officer as the next IGP, Intersociety said: “Owing to widespread allegations and reports of exclusion of the citizens of South East and the region from several important federal appointments, including top security appointments such as membership of the Nigerian security or Service Chiefs by the present Buhari administration as well as constant defenseless denials by the administration, the vacancy created by the retirement in three weeks time is now a major test case for the administration.

Intersociety warned against the “ongoing plots by Nigeria’s ruling cabal and profiteers of ethnoreligious chauvinism in the country to bend the rules, including pushing the retirement of IGP Ibrahim Idris off the Nigerian and world media and attention so as to subvert the due process and law to unlawfully, illegally and unconstitutionally retain Mr. Ibrahim Kpotum Idris.

“Going by our several investigations, it is correct to say that all is not well with Igbo nation state or South East Region in the present political dispensation, especially in the country’s security forces.”

WOMAN IN POLICE NET OVER ALLEGED MALTREATMENT OF MAID

The policy of “leave the force for your own interest and to safeguard your life or stay back and get silenced or get ready to face years of stagnancy or posting tea making,” appears to have been entrenched against serving sons and daughters of the region. Our cursory look into the patterns and trends governing enlistment, promotion or ranking and posting in the present NPF is a clear attestation to that fact.

“Therefore, it is time for the Buhari administration to prove to the entire world that it is not running a hate policy including political and securitisation exclusion, segregation and persecution against the people of Igbo nation-state and the entire region.

“We are authoritatively armed with facts that a notable number of Igbo senior police officers have left the force or remained in same for several years, suffering promotion or rank stagnancy or “tea making posting or duty assignments.”

On who should succeed Ibrahim Idris, Intersociety recommended ten qualified candidates, saying: “The Presidency should pick among Igbo serving senior police officers especially those with at least two years to stay in the force.