The opportunity cost of an Ubah vs Bianca contest

The opportunity cost of an Ubah vs Bianca contest

by Onyinye Okeke
in Opinion
0

Elementary economics left me with some sing-songs, amongst them are, inflation, the scale of preference, and the sweetest of them all to me – opportunity cost. Opportunity cost which simply means the loss of other alternatives when one alternative is chosen is what characterizes the polity of Nnewi at the moment.

The Anambra south senatorial contest which has been reduced to an online dogfight between the online minions of Dr Ifeanyi Ubah and the less sophisticated media neophytes of Ambassador Bianca Ojukwu, the two major aspirants of the All Progressives Grand Alliance (APGA), has polluted the ideological space of the town, reducing what could have been an intellectual and strategic battle to a puerile contest between sycophants who have solemnly pledged to the loyalty of their daily bread.
Dr Ubah who carries around an uncommon burden of reputational damages, ranging from his alleged record of more successfully completed slaps than completed projects to the reports of betrayal of business associates, is a populist whose fan base remains a political fortress for willing negotiators. On the other hand, Mrs Ojukwu a political neophyte whose backbone is strengthened by the heroic acts of her late husband, General Dim Emeka Ojukwu, is buoyed by accusations of elitism and lack of connection with the people she seeks to represent.
A few days ago, accusations arose from Mrs Ojukwu filarial relationship with some of her supposed ‘billionaire sponsors’ – an accusation magically conjured by the electronic henchmen released into the media space unconsciously by their indebtedness to Dr Ubah’s philanthropy. Although the accusation has been denied by the management of a hotel through an unprofessionally written memo, supposedly denying it as the work of mischief makers.
Just more damaging also was the outcry by the immediate family of the Late Ojukwu, distancing themselves from her ambition. This outcry dumbfounds the reality of parliamentary politics: parliamentary politics exemplifies the locality of politics, hence, the charity must begin at home.
However, amidst the elitist leanings of Ambassador Ojukwu and the populist displays of Dr Ubah, is lost the opportunity of intellectual understanding of the responsibilities of a parliamentarian. The present dilemma of having a Senator Ubah or Ojukwu presents a terrible impasse where a subject that should have been debated is now a market square debate with character assassination taking the place of logical interrogation.
The opportunity cost of a having a senator who as an aspirant, fails to appear in public meetings that should connect her with her people, and that which embarks on projects only to obtain casualties as outcomes – casualties who are affected either by leaving them unpaid for services rendered or betrayed by the projects unexecuted – for a well scrutinized selection process is lost on a citizenry saturated with some persons who have refused to grow beyond patriarchal sentiments of the gender of a candidate.
The contest for the Anambra South Senatorial District is beyond the dirty fights between the unleashed e-rats of both parties. There must be a logical process of scrutiny, which a society made up of a huge population above the middle class – as Nnewi is known – should follow.
Dr Ubah’s antecedent of speaking out and intervening in critical sectors that have helped in saving the lives of his people is a key ingredient that makes him the man to beat irrespective of the party he is in. However, his penchant for picking up fights with opponents should also be a cause for concern, as the Senate is made up of lobbyists, whose interest cannot be bought over by mere belligerence. Ambassador Bianca on her own, whose unnecessary meekness and aloofness betray the energy. 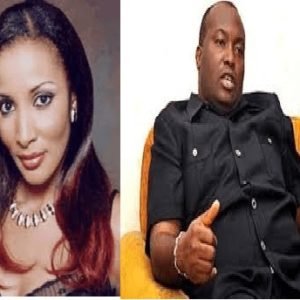