by Nwagbo Kenechukwu
in Opinion
0

The idea of a ghost whose funeral is yet to be performed stuck with me until I learnt of late Mazi Muodike of Mbanagu Otolo, Nnewi and his struggles to get his brother to settle him with funeral rites.

Mazi Mụọdike had died naturally and was buried. He was married but had no children. So, it was the duty of his elder brother to bury him and perform his funeral ceremonies.

But the late Mụọdike’s elder brother would not perform his funeral but was more interested in appropriating his widow, encroaching into his lands and economic trees, selling them and living good.

Mụọdike had nicely appeared to his brother and his nephews in dreams and in trance pleading that his funeral rites of passage be conducted, an appeal made to deaf ears.

The d**d man even asked that the proceeds of sale of his lands be used to do the funeral ceremony but his brother wouldn’t hear of that.

The spirit of the d**d Mụọdike radicalised and started interfering with the progress of the businesses of the sons of his brother making them to consult spiritual help. The loses were becoming massive and suspicious.

All the native and Christian enquiries or “ị jụ ase”, the message was the same: “your uncle’s troubled spirit is responsible for your ill luck and that it could get worse”.

The children of Mazi Asọibenne could not get their father to conduct his brother’s funeral until one fateful day when Asoibenna himself was pushed off a palm tree when he had climbed up to
15 feet from the ground.

He was told by the ghost of his brother, as he laid prostate under the palm tree, that the fall that left little bruises and a sprained ankle on him was just a warning.

That scary fall from a palm tree put the needed fear in Asọibenne as he was a wine rapper by profession.

His d**d brother had touched the right cord. So he did the needful. He gave his the d**d his funeral rights to enable him “keta oke na be mụọ” i.e “to enable the d**d be a full entitled member in the community of the ancestors”.

Nothing more was heard nor anybody disturbed by late Mụọdike’s spirit after his funeral ceremony was conducted and his spirit dispatched to the great beyond by seven “mkpọ n’ana” or cannon gunshots. 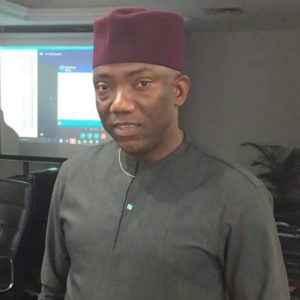